VIDEO: 76ers center Okafor gets into a street fight in Boston 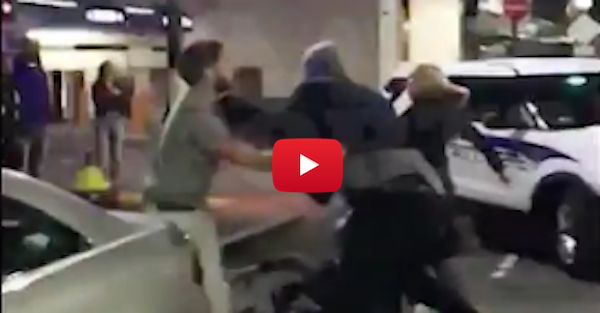 Frustration is clearly settling in for Philadelphia 76ers big man Jahlil Okafor with the NBA-record 16th straight loss to start a season against the Boston Celtics last night. The 76ers were up with about two minutes to go in the game and lost once again. Okafor was out on the town afterward and it was the wrong night for one heckler as he got destroyed by some Okafor haymakers.

TMZ is reporting that a man that yelled ?the 76ers suck,? set off the altercation. That should probably be something Okafor is used to hearing this year. I understand how it can be frustrating having won a collegiate national championship more recently than the 76ers have won even a game. But Okafor has to be smarter than this and can’t let that phrase of all things set him off or else he’ll be trying to punch everyone after a game. And we probably won’t see him on the court for a bit as well.

Patrick is exactly right. A suspension is coming after this video. Philly fans, I feel you. https://t.co/MM4jEMquHZ

Not a good look for the 76ers or the rookie Okafor right now.