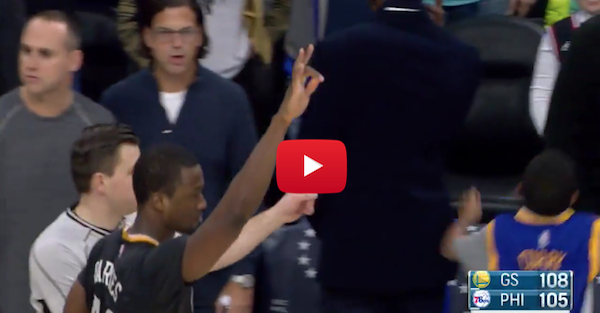 The Warriors surprisingly struggled with the lowly Philadelphia 76ers late in their game on Saturday. With the game tied at 122 apiece, the Warriors brought the ball up the court. This would have been the time that Steph Curry, Klay Thompson, or even Draymond would have gotten the kill shot. That was not the case this time.

Harrison Barnes was 3-of-10 from the field for the game, but that was before he hit the dagger and game-winner from the corner to help the Warriors improve to a 43-4 record.

That’s a pretty good way to end the game, especially for a guy who struggled to shoot the ball for most of it.