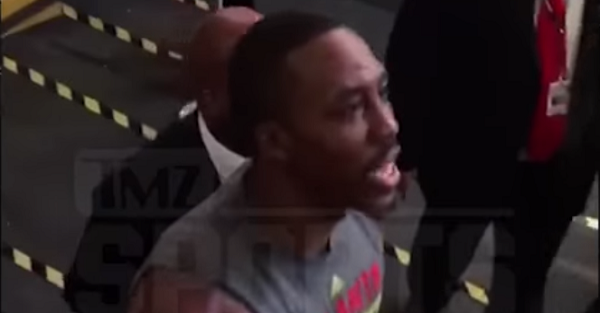 Dwight Howard made another sour return to Los Angeles on Sunday to play the Lakers with his new squad, the Atlanta Hawks. The center did not have a particularly good time as the Hawks lost 109-95 and fans heckled him non-stop on his way out.

RELATED: Bad guy Dwight Howard made his mom cry with the worst prank ever

Apparently, a fan called him a “bitch” as he was walking to the locker room and that’s when Howard had to be restrained by security and he told the fan to “come back to the tunnel and say it.”

The fans heckled him all game on his way to a 19 point, nine rebound and two block outing. It was the only trip the Hawks will make to face the Lakers so fans naturally went at him even after his departure over three years ago.