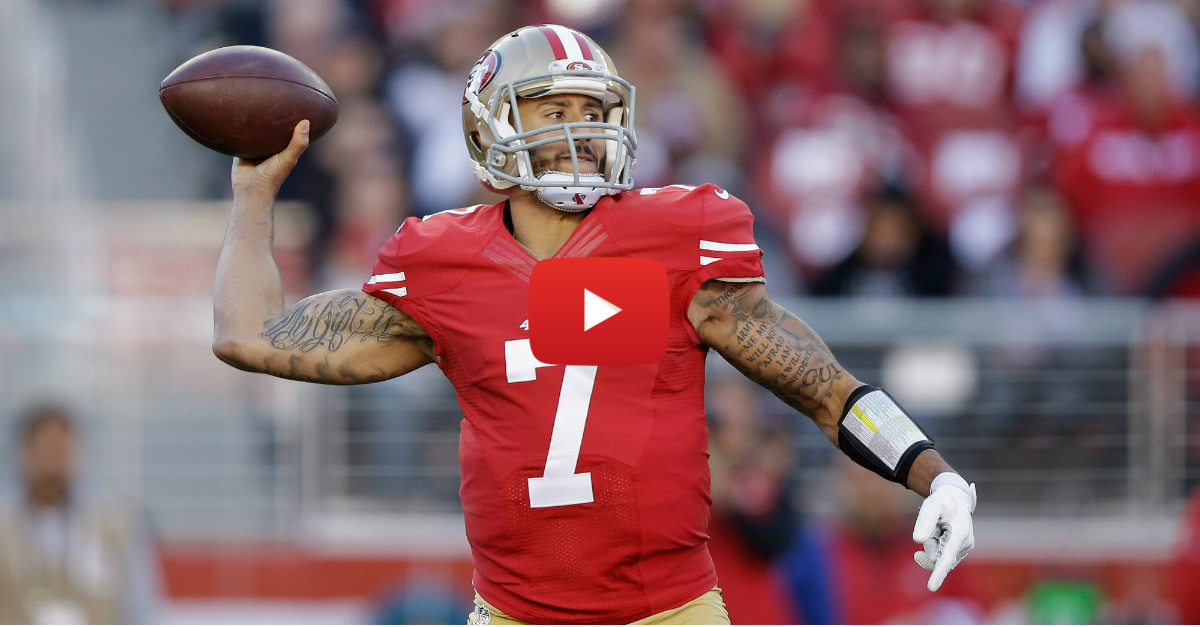 San Francisco 49ers QB Colin Kaepernick has made a lot of dumb decisions throughout his short NFL career, and the team is starting to worry about them. In what can be considered one of the most idiotic social media posts anyone can make, Kaepernick compared himself to to the devastating Houston floods that has killed multiple people.

According to Mike Freeman of Bleacher Report, the 49ers are starting to worry about Kapernick’s maturity level. And the ‘9ers should worry. How anyone can be so stupid to compare themselves to a total devastation is beyond me. He has ripped fans on Twitter for criticizing him, which is never a good thing to do because it just gives you unnecessary publicity, he has worn a hat for a different team — granted, it’s just a hat, but you don’t do that when you’re a franchise player and he also treats the media like trash, although he is supposed to be the voice of the team.

San Francisco gave Kaepernick a six-year, $126 million extension last year, but if he can?t get his attitude in check, it may be time for San Francisco to rethink that contract extension.