49ers find their quarterback, it’s just not the one many expected 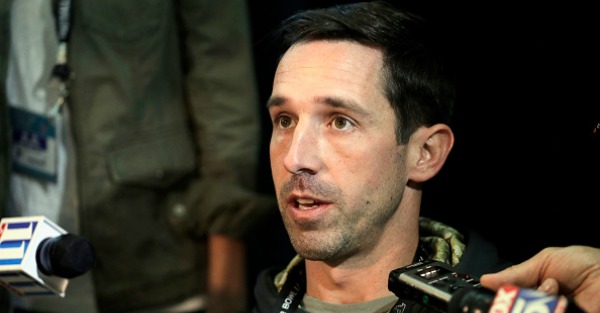 The San Francisco 49ers have their quarterback, it’s just not Kirk Cousins.

It’s a 2-year deal for #49ers and QB Brian Hoyer. Fair to say, this makes it unlikely they bring in Kirk Cousins in a trade with #Redskins

Trade rumors surrounding Washington Redskins franchise tagged quarterback Cousins have been fluid, ranging from all but done to no way it’s happening.

Regardless of what happens, Hoyer will be a nice stop gap for a rookie quarterback or a perfect reserve behind someone like Cousins. San Francisco currently holds the No. 2 overall pick in the Draft.

After spending his first three seasons with the New England Patriots, Hoyer has become a journeyman of sorts, finding starting jobs in two seasons with the Cleveland Browns, then with the Arizona Cardinals, Chicago Bears and last season with the Houston Texans.

Hoyer has thrown for just under 9,000 yards over his eight-year career with 44 touchdowns and 26 interceptions.