Old-School Football Returned to the NFL, And It Looked Amazing 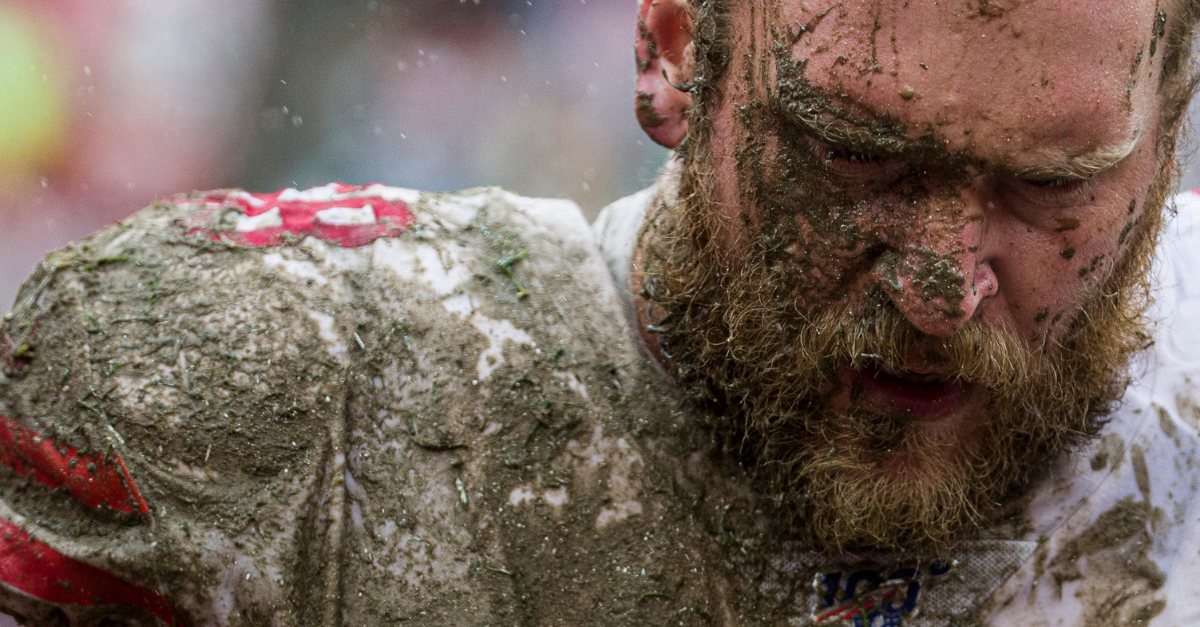 I grew up playing football in something called The Dust Bowl. Believe me, it was exactly as it sounds; dry in the summer, hard as a rock when you landed, with high-rise embankments that funneled towards one end where “The Hill” was the site of every post-practice conditioning. We didn’t play on synthetic turf covered in rubber pellets, groomed weekly before every game. We played on grass. We played in the mud. We played football the way God intended ? filthy as hell and wildly unpredictable.

It’s rare for find nostalgic football games like that anymore. So when the San Francisco 49ers faced the Washington Redskins in a torrential downpour, I couldn’t look away.

The game was sloppy. The Niners clawed their way to a 9-0 victory at FedEx Field and remained undefeated thanks to three second-half field goals by kicker Robbie Gould. Quarterback Jimmy Garoppolo managed to complete just 12 passes and tossed an interception, while Washington’s Case Keenum only mustered nine completions on his 12 attempts.

RELATED: Walter Payton’s Greatness Summed Up in One Incredible Run

“It takes you back to being a kid: You’re out there, you’re sloshing around and your shoes are full of water and mud,” San Francisco cornerback Richard Sherman said. “It’s still a kid’s game at the end of the day. Guys had a lot of fun slipping and sliding out there, but winning’s always fun.”

According to NFL Research, the NFC matchup lasted two hours and 36 minutes, making it the shortest NFL game in nearly 10 seasons.

Not every NFL or college football game needs to put 70 or 80 points on the scoreboard. Sometimes, digging your cleats into the mud and finding out who the tougher S.O.B. is helps weed out the weak from the strong-willed. A lot of fans will say this game wasn’t even worth watching, but to hell with that.

It was awesome to flashback to the good old days and remember what it was like to play mud-soaked football when I was a kid.