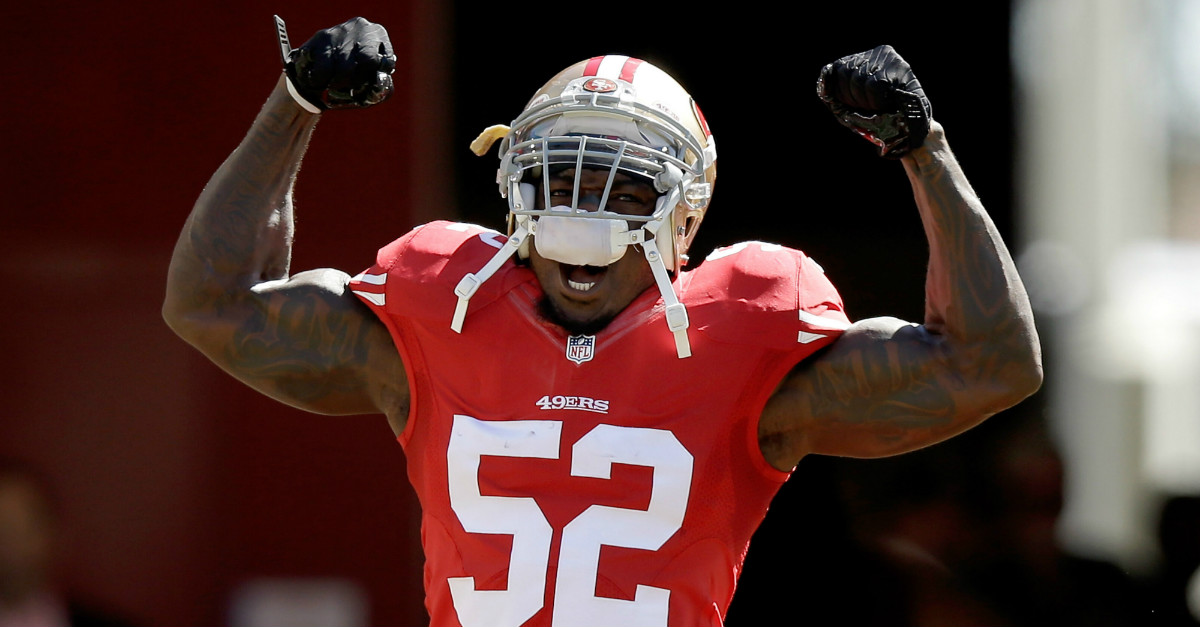 This news came out of nowhere considering he is still in his prime. There was rumor that the San Francisco 49ers were trying to trade quarterback Colin Kaepernick, but that strongly denied by general manager Trent Baalke. But this news is just as surprising.

According to Rand Getlin of Yahoo! Sports, 49ers linebacker Patrick Willis will retire. Willis just turned 30 in late January, so this news is a shocker. The linebacker only played in six games in 2014 as he decided to undergo surgery on his left big toe, which was an injury that bothered him for several seasons.

If this is the end of Willis’ eight-year career, he finishes with 950 tackles, 20.5 sacks and 16 forced fumbles. Willis was a seven-time Pro Bowler and five-time All-Pro selection.