A new, stunning development in the Aaron Hernandez case adds more mystery to his death 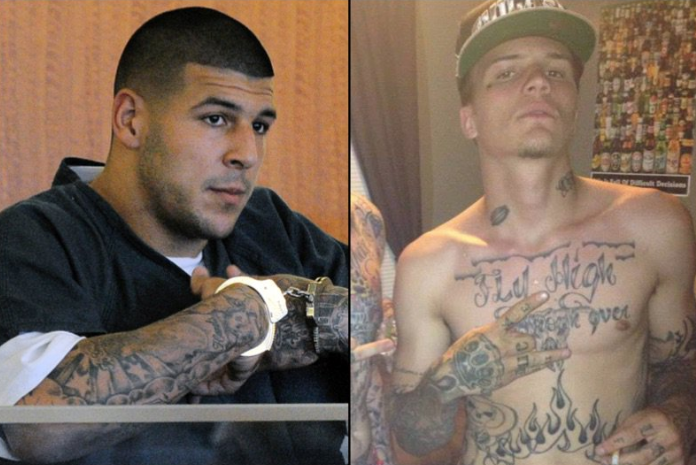 Aaron Hernandez left a note to a prison friend indicating he was contemplating suicide weeks before he hung himself in his jail cell, according to an attorney.

Larry Army., Jr., the attorney for jailed inmate Kyle Kennedy, said at a press conference that his client received a note from Hernandez that said:

Kennedy. 22. thought Hernandez was joking, so he didn’t think anything of it, Army said.

Kennedy’s relationship with Hernandez has been the focus of intense speculation, with  contradictory reports about whether they were “close friends,” As Army described, or prison lovers, as some have speculated. This is what Kennedy had to say about all the speculation.

Army on Kennedy and his relationship with Hernandez: "He wants the word about their relationship to come from his mouth."

Kennedy also said, in a statement:

“I miss my friend. I’d like to send my condolences to his fiancée, his mother and his daughter. I would ask the media to respect the privacy of my family. This is a private matter that doesn’t concern them.”

Aaron Hernandez had a simple request in prison