Aaron Donald is a beast, shows it when he nearly took off Drew Brees’ head 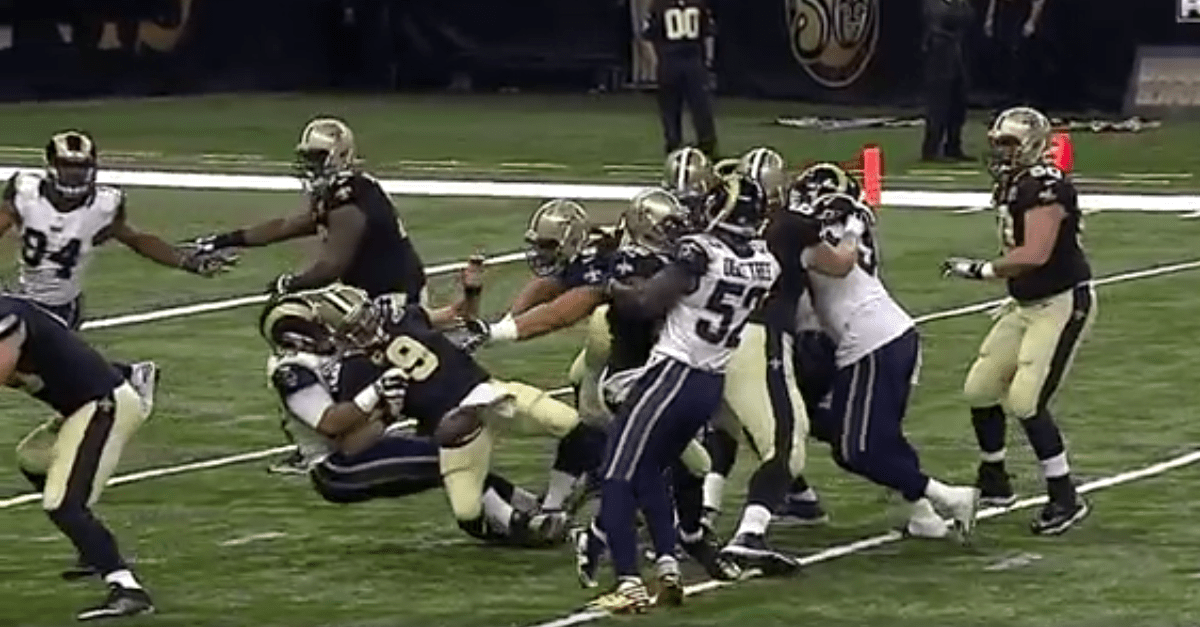 Aaron Donald could very well be the most dominant defensive force in football. Fans of JJ Watt may take exception to that, but Donald, the All-Pro defensive tackle for the Los Angles Rams, has been terrorizing offensive lineman for his three years in the league.

Sure, his stats this year (35 tackles and six sacks through 11 games) are running well behind last years’ monster numbers (69 tackles and 11 sacks). But he still has that sought-after combination of a run-stopper who can pressure the quarterback — and has uncommon strength. Here’s how his teammate, the defensive tackle Michael Brockers, describes him:

Drew Brees found that out Sunday:

Brees, the New Orleans Saints quarterback, got acquainted with the beast when Donald broke through the line and nearly took Brees’ head off. As powerful as that was in real time, the slow motion view is even better.

Forget the stats. They don’t tell l the story of how good Donald is. This tweet sums it up:

Aaron Donald is not human. Tests should be conducted.