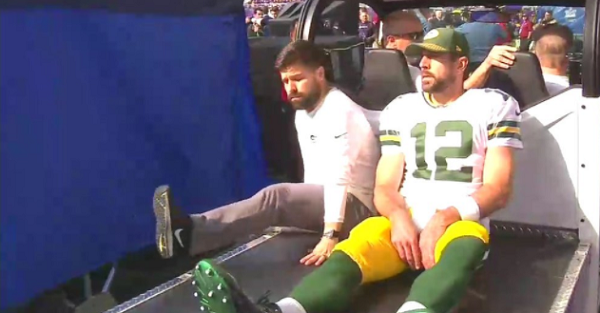 The Green Bay Packers placed Aaron Rodgers on injured reserve for the second time this season after designating him to return earlier in the year after he broke his collarbone, which by rule, would trigger the team to release him.

“NFL rules stipulate that a player needs to have suffered a new injury that would sideline him at least six weeks to be placed on injured reserve. If that is not the case, the team is obligated to release the player once he is healthy.”

The Packers fell to the Carolina Panthers last Sunday, 31-24. After the game, Packers head coach Mike McCarthy said Rodgers was “sore,” but the team didn’t add him to IR until Tuesday, once the Atlanta Falcons had won and eliminated Green Bay from playoff contention.

According to the report, “it is not believed” that Rodgers suffered a new injury against the Panthers.

The Packers lost to the Minnesota Vikings Saturday night, 16-0.