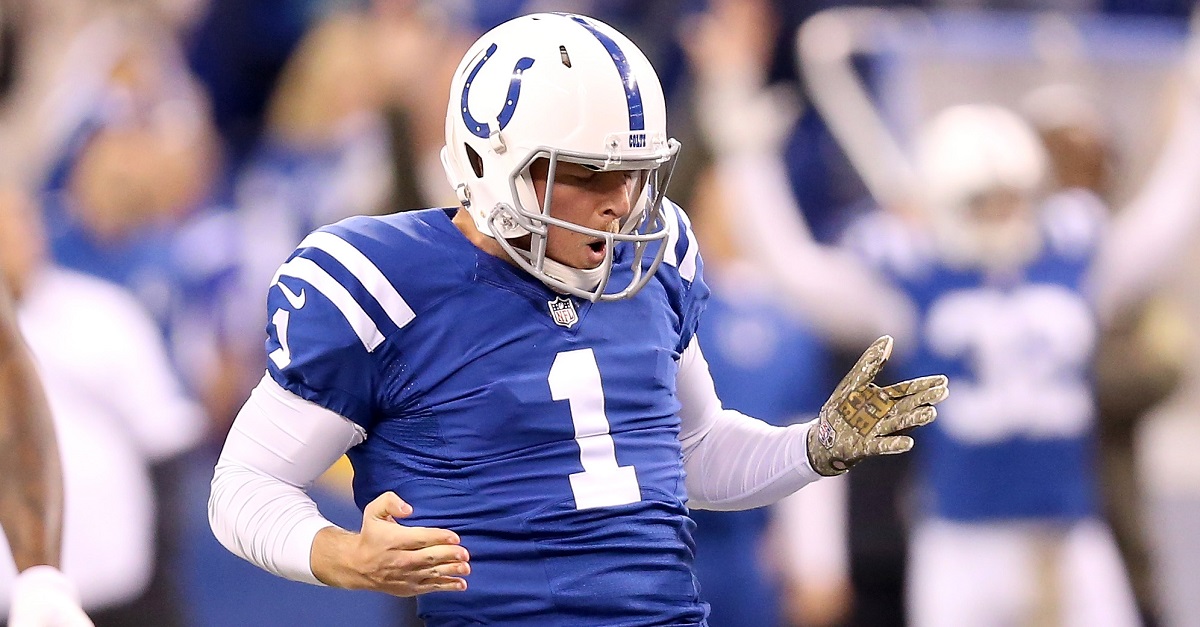 Free-agent-to-be, 45-year-old kicker Adam Vinatieri intends to kick this upcoming season, his 23rd in the NFL, per source. Here’s how long he has lasted: Vinatieri already has spent two more seasons in Indianapolis (12) than he did in New England (10).

In December, Vinatieri confirmed his decision to return in 2018 following his Colts’ 23-16 loss at Baltimore in December.

Though he intends to stay the franchise, the Super Bowl champion kicker is willing to play for another team if he is forced to test free agency.

?Indianapolis is home to me and my family. I love the Irsay family, but I understand this is a business,? Vinatieri said. ?I just know I?m going to play another year.?

Vinatieri, 45, shows no signs of slowing down as he chases numerous NFL kicking records. Since 2013, the four-time Super Bowl champion has made 141-of-156 field goals (90.4 percent), which is nearly six percent better than his 84.5 career average.

He has also improved on longer attempts, making 22 from 50-plus yards during the past five seasons after having only made 16 during his first 17 seasons.

Vinatieri enters his 23rd season ranked among the Top 5 in most kicking categories, if not already in the Top 2 or 3, as well as having already held several records of his own.

The three-time Pro Bowler has made 557 career field goals, which is second in NFL history behind Morten Andersen?s record 565.

Vinatieri spent his NFL career playing for both the Colts (2006-present) and New England Patriots (1996-2005), where he was a key member of three Super Bowl teams, having made numerous late postseason field goals, including two game-winners in Super Bowl XXXVI and XXXVIII, respectively.