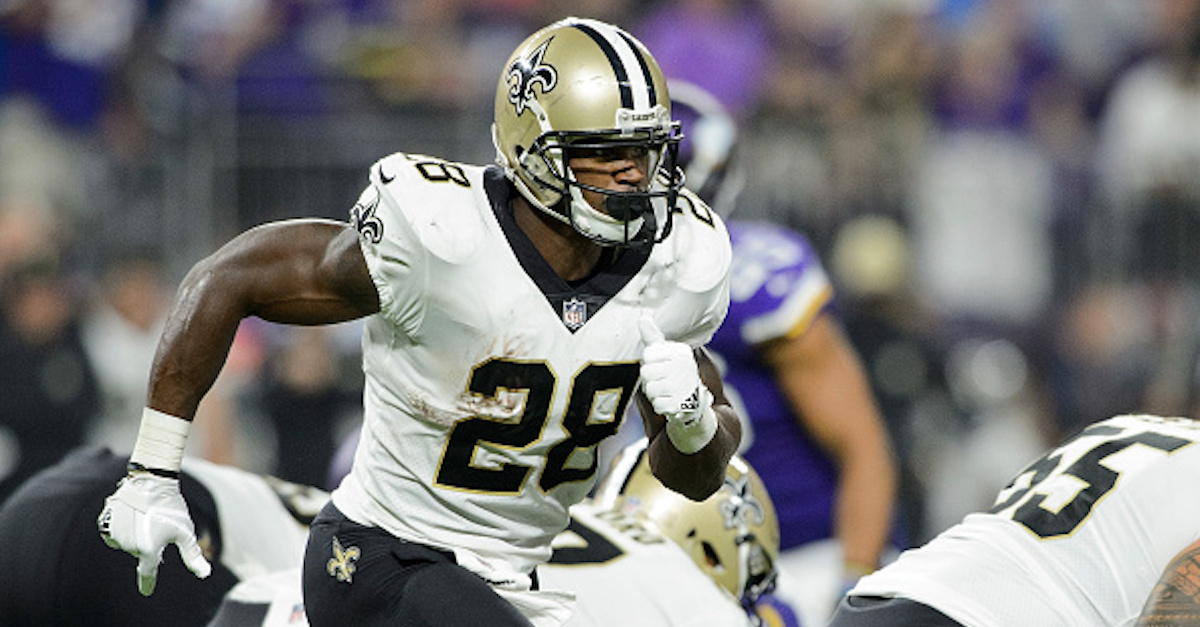 The Adrian Peterson era is officially over in New Orleans.

The former NFL MVP has reportedly been traded to the Arizona Cardinals, according to ESPN’s Diana Russini.

Trade! The New Orleans Saints have traded Adrian Peterson to the Arizona Cardinals for a conditional pick per sources

Arizona is currently averaging just 2.6 yards per carry and has been looking to fill a void at running back following David Johnson’s season-ending wrist injury in Week 1.

Peterson, 32, spent the entirety of his career with the Minnesota Vikings before signing with the Saints this offseason.

He appeared in just four games for New Orleans and recorded 81 yards on 27 attempts.

The Saints reportedly felt comfortable dealing Peterson based on the potential of rookie running back Alvin Kamara, according to ESPN’s Adam Schefter.

What pushed New Orleans to trade Adrian Peterson to Arizona is the team's feeling about RB Alvin Kamara.

During his tenure in Minnesota, Peterson was regarded by many as the best running back in football, having made the Pro Bowl seven times, First-team All-Pro four times, as well as leading the league in rushing yards three times and rushing touchdowns twice.

Peterson recorded a career-best 2,097 yards — which ranks second in NFL history — and 12 touchdowns en route to winning the NFL MVP and Offensive Player of the Year Awards, all while bouncing back from an ACL tear during the previous season.

He currently has 11,828 career rushing yards — which ranks 16th in NFL history — and 97 rushing touchdowns, which ranks 10th all-time.