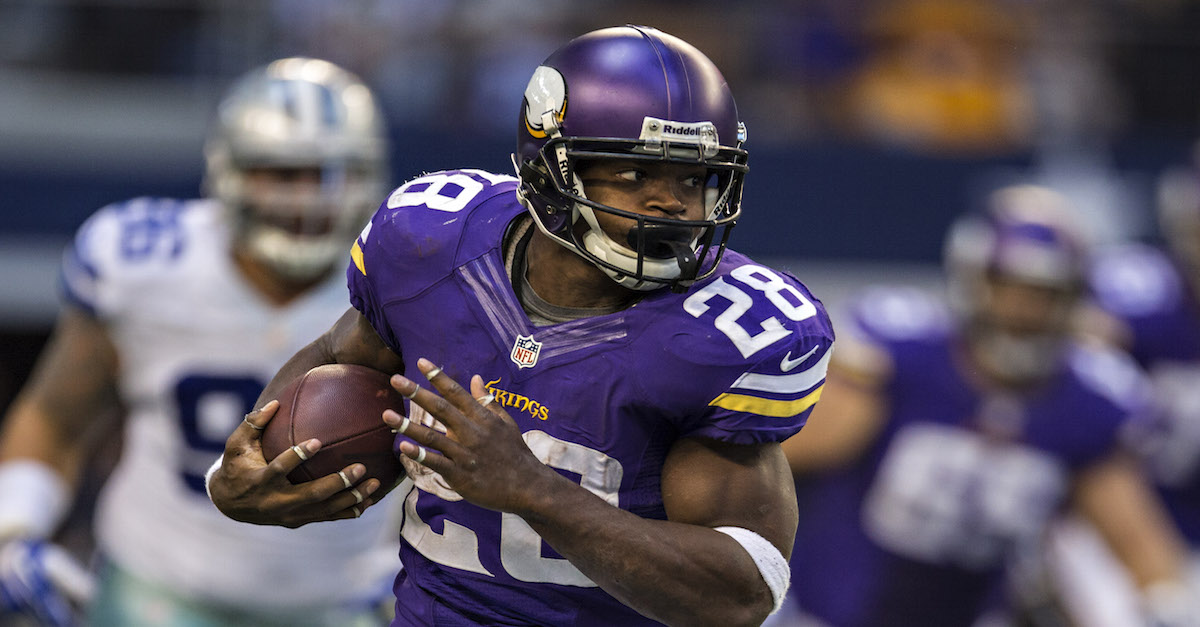 Adrian Peterson is reportedly in discussions to join the New Orleans Saints:

Sources: #Saints & Adrian Peterson believed to be closing in on a deal that’d pay him $3M+ in ’17. Not done, but moving in that direction.

Peterson’s visit with the Saints went well, and apparently he won’t be starting if a deal does materialize, per The Advocate.

“It?s odd to speak of him in these terms since he?s one of the best players of his generation, but Peterson, if he were to sign in New Orleans, it would likely be to serve as a backup of sorts to Ingram.”

Despite no interest from the Tampa Bay Buccaneers, Peterson has taken visits to the Seattle Seahawks and New England Patriots. He reportedly worked out for the Patriots, but wasn’t extended an offer.

Peterson wasn?t great in his first season over 30 years old, rushing for 72 yards over three games and putting up career lows across the board. Whether that was from not having Teddy Bridgewater to take pressure off of the running game or what, AP looked horrendous before suffering what became a season-ending torn meniscus.

Peterson could be the piece that puts the Saints over the top. Quarterback Drew Brees recently discussed being “very close” on getting over the hump.

The Saints have finished 7-9 in three consecutive seasons, and they?ve watched division rivals in Carolina and Atlanta reach the Super Bowl in back-to-back years.