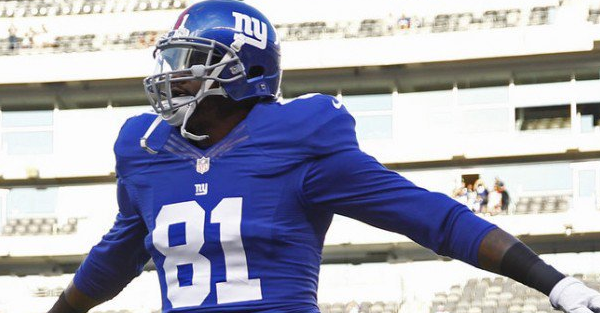 Adrien Robinson, who played tight end for the New York Giants and New York Jets, has been arrested and charged following a traffic stop in Pennsylvania, according to Yahoo Sports.

Robinson was stopped on a traffic violation, and authorities say they found 20 pounds of marijuana in his truck. An affidavit, according to Yahoo Sports, says police uncovered “marijuana, a metal grinder, digital scale, a vacuum sealer, and a vacuum sealer bag.”

Robinson was taken to jail where he was held for several hours because he was unable to make the $15,000 bail. He was finally bailed out of jail.

Robinson was selected in the fourth round of the 2012 draft out of Cincinnati by the Giants and signed a four-year, $2.48 million contract. In 2014, he appeared in all 16 games and caught five passes for 50 yards. He was waived after the 2015 season and signed to the Jets’ practice squad, and he was eventually waived.