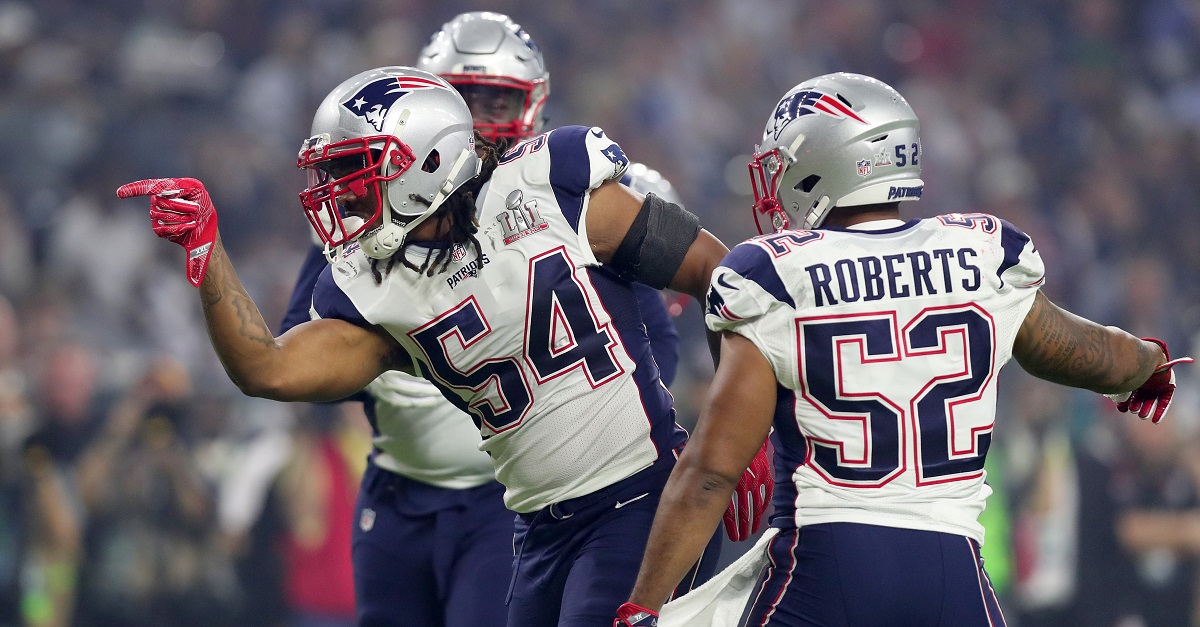 One defending Super Bowl champion is on the free agent market and is a huge target for a few teams right now. Linebacker Dont’a Hightower has been phenomenal for the team since he was drafted by the Patriots in 2012 and was great yet again this season. He anchored the defense with 65 tackles, 2.5 sacks, and one forced fumble in 13 games.

RELATED: Dont’a Hightower skipped the Super Bowl parade because he was sick of New England, now may be nearing interesting decision

Now he’s looking to get paid though as the Patriots are not going to franchise tag and have made it clear they do not want to spend a whole lot of money on him. That has led him to meet with at least one other team according to NFL reporter Jason La Canfora.

La Canfora also reports that the Patriots will have to pay close to eight figures to keep him:

With Dont'a Hightower there's a very strong perception among other teams he's going back to Pats for $10M/yr. The ties to NE run deep…

The Jets have not spent a whole lot of money so far in the offseason so they could conceivably match or exceed whatever offer the Patriots give him. Of course, he’s not obligated to take whichever deal has the most money, but it certainly wouldn’t hurt.

If Hightower did sign with the Patriots’ division rival, he’d be joining a linebacker corps that currently features Sheldon Richardson, David Harris, Darron Lee, and Jordan Jenkins. Seth Walder of The New York Daily News writes that if the team does sign Hightower, they might move on from Harris. The veteran is a long-time member of the Jets defense, but the team could save $6.5 million against the cap by cutting him loose.