After 9/11 and days before opening the season, Cardinals pay tribute to a true hero 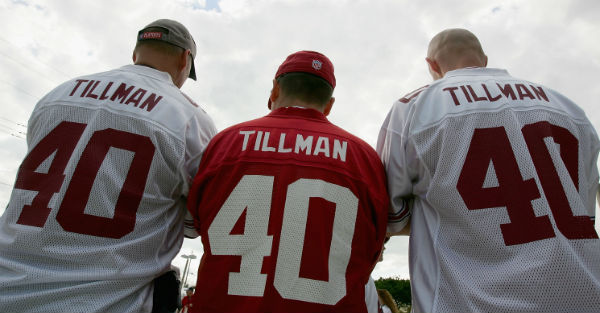 The Arizona Cardinals honored former linebacker and Army Ranger Pat Tillman with a locker display tribute they unveiled on Friday.

Over thirteen years ago, Tillman left behind a $3.6 million NFL contract to fight in the war after the terrorist attacks of September 11.

Tillman enlisted in 2002 after finishing the 2001 season with Arizona. After participating in the initial invasion of Operation Iraqi Freedom he enlisted in Ranger school and graduated in November 2003. He was redeployed to Afghanistan and killed on April 22, 2004, by friendly fire.