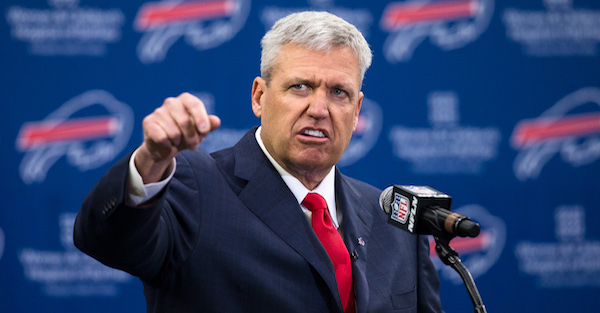 Rex Ryan is gone from the Buffalo Bills, which means plenty of changes are coming.

According to CBS Sports, in order to ensure Tyrod Taylor won’t get injured (and leave the Bills on the hook for $30.75 million of the $90 million he inked an extension for), Buffalo is expected to start E.J. Manuel in the season-finale against the New York Jets.

Related: Report: Another NFL head coach has been let go before the end of the season

Manuel is 6-10 as a starter, with 3,416 yards passing, 19 touchdowns and 15 interceptions over his career. Rookie Cardale Jones is expected to be the reserve quarterback behind Manuel.