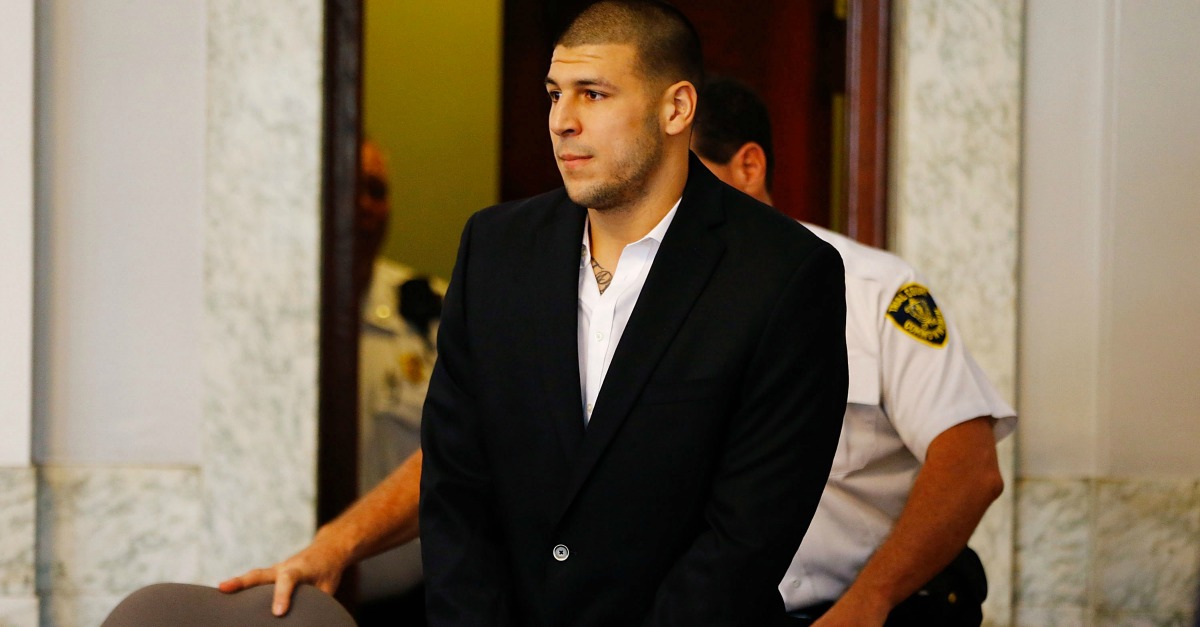 It could be that, at some point, Aaron Hernandez’s murder conviction could be removed from his record – or expunged, in legal terms.

“The key here is when a defendant is no longer able to assist with his appeal, the law says the conviction should be vacated. In a sense, it goes back to the point where he was only charged.”

The Massachusetts Court of Appeals would have heard Hernandez’s appeal in the Odin Lloyd murder case, and is the court that would vacate his conviction.

Hernandez, 27, was found dead in his jail cell earlier today, and the Massachusetts Department of Corrections said he hanged himself.

Serving a life sentence for murder, Aaron Hernandez has hanged himself, per Mass Dept of Corrections. pic.twitter.com/NmnwMkt2kK

USAToday noted the same rule applied to defrocked and disgraced Roman Catholic priest John Geoghan, who was found guilty of child molestation in 1991, was killed in prison in 2003, The appeals court vacated his conviction after his death.