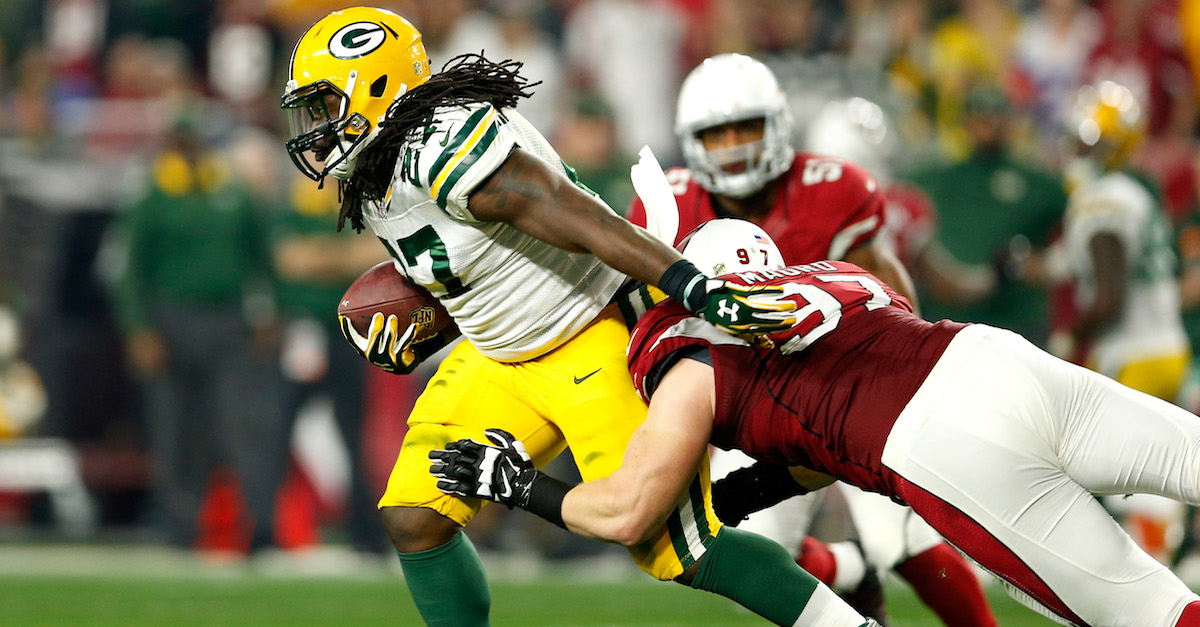 Despite the massive weight gain, Lacy is reportedly ready to come in and show he’s not a “fluke,” per Seahawks.com:

“Just want to come out and showcase what I can do, prove that I’m not a fluke, that I can do what I do and do it really well.”

“I’m very motivated to prove myself,” he said. “I know what I’m able to do, but I just want to go out and show everybody that I can do it and will do it. I just can’t wait to get my chance.”

“I’ve always favored Marshawn Lynch’s running style, and that’s something Pete Carroll definitely likes. I’m going to come in and do my best impression of him and just bring my hard work and my hard running style to the table,” Lacy said, per the team’s website.