After retiring, Tony Romo just confirmed where he will be going next 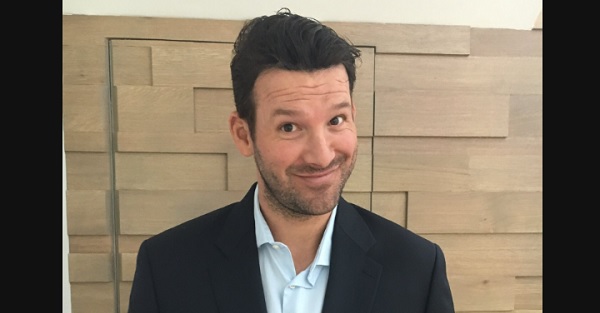 Well, this is now settled.

After announcing his retirement from football on Tuesday morning, Romo officially took the next step in the afternoon, confirming that his next job will be with CBS.

I guess it's time to start dressing up. #CBS pic.twitter.com/GseSRiyNOo

It was reported earlier in the day that Romo would be heading to CBS to replace Phil Simms, and it now looks like that move is official. In addition to football, Romo will also be calling golf for the network.

With the emergence of Dak Prescott at quarterback, Romo was the odd-man out in Dallas. He was scheduled to pull down $14 million in base pay this season, a sum that’s far too expensive for a backup quarterback. So the retirement helps the Cowboys because, instead of a nearly $25 million cap hit this year (base plus bonus and salary restructure money), the dead cap hit will be spread out to about $11 million this year and $9 next.

Romo had been linked, all off season, to the Denver Broncos and Houston Texans. Neither team was interested in trading for him, though. Denver seemed to grow tired of waiting for Dallas to decide whether they would release Romo, and announced they’re comfortable with what they have in Trevor Siemian and Paxton Lynch.

Romo was drafted out of Eastern Illinois in 2004, and has his breakout season in 2006, when he started 10 games and was named to the Pro Bowl.

Romo finishes his career with a record of 78-49. He threw for 34,183 passing yards and 248 touchdowns, and both are the most in franchise history. He also owns the NFL record for throwing touchdown passes in 41-straight road games.

ESPN also listed his other accomplishments:

But it was the injuries that got him. He’s suffered two serious back injuries, including fractures in 2014, He’s also broken his collarbone twice, and suffered complications from those injuries.