After stupidly firing their GM, one NFL team took another drastic step 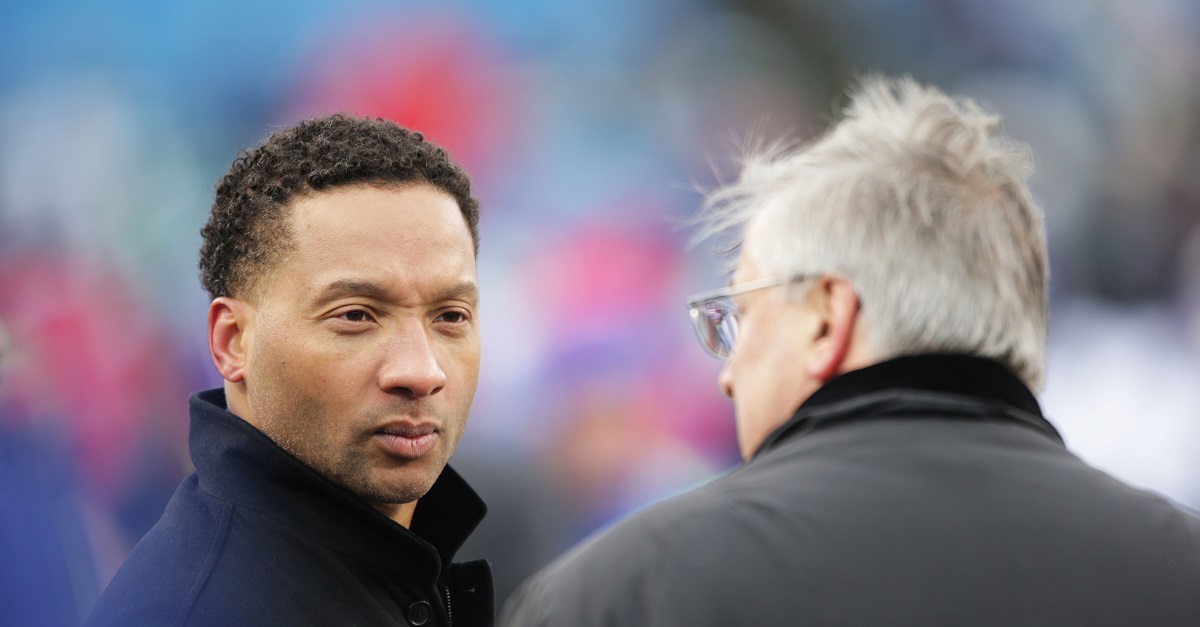 The Buffalo Bills look to be cleaning house as they fired general manager Doug Whaley earlier Sunday morning and now seem to be firing the entire scouting department. According to Pro Football Talk, owner Terry Pagula said that the team has also cleared out their pro and amateur scouting departments as they shift directions on the personnel side of the organization. And it looks like there’s been some confirmation on that as well:

The #Bills have completely cleaned house in their scouting department, firing everyone as @mikerodak said. A whole new world.

RELATED: Bills fire their GM not even a day after NFL Draft

The only person who seems safe is newly hired head coach Sean McDermott and NFL Network’s Ian Rapoport has some news on who might be joining him.

My understanding is #Bills owner Terry Pegula will decide if the new GM has final say as he goes thru search. Could dictate who gets blocked

Whaley had been GM since 2013 so this will be the first major hire for the Pegula family who took over in 2014. It will also decide the fate of the Bills’ future as they are a desperate franchise looking to get back to the playoffs for the first time this century.