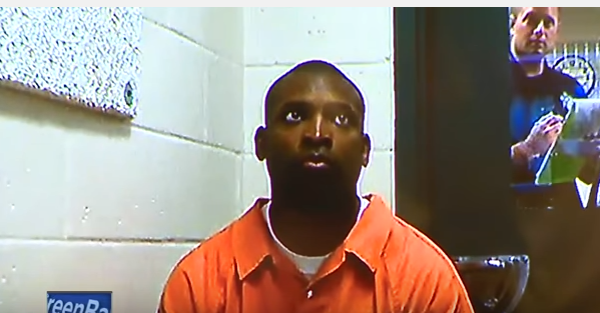 Ahman Green was arrested following a dispute with his 15-year-old daughter over doing the dishes, according to a report by Fox News 11 television.

Green, the former Green Bay Packers running back and the team’s  all-time leading rusher. was arrested and later charged with suspicion of child abuse. The arrest reportedly came at approximately 11:30 pm on Sunday evening and, since then, Green has been in the Brown County Jail. According to the report, Green’s charge stemmed from a “family matter” and the formal charge (on the Circuit Court website)  is described as “Child Abuse-Intentionally Cause Harm/Cruelty toward Child.”

Now, there are more details. Fox News 11 reports that according to a criminal complaint, Green’s daughter showed up at a neighbor’s house alleging that she had been abused. The complaint said that Green wanted his daughter to do the dishes so she could earn her allowance, but when she refused, the former football star pulled her into the kitchen, ripped her shirt, and punched her in the face.

Green, according to Fox News 11, told deputies he hit his daughter with an open hand.

Green was in court Monday, where a judge set bail at $2,500.  He was ordered to have no contact with his daughter. His next court appearance is scheduled for July 11, and Fox 11 reported he faces up to six years in prison if convicted.