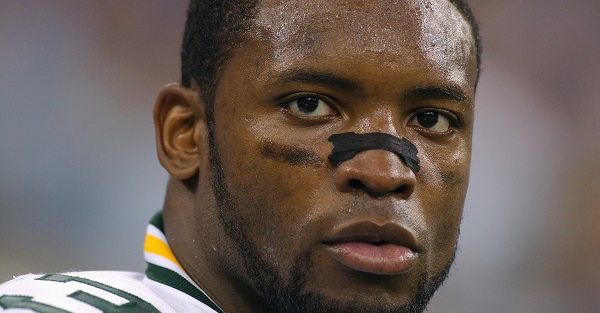 Ahman Green may not be the greatest running back in Green Bay Packers history but the now-retired athlete is the franchise’s all-time leading rusher. Beyond that, he is an inductee into the organization’s Hall of Fame (as of 2014) and Green’s on-field accomplishments speak for themselves at this point. However, the 40-year-old is in big-time hot water if charges against him prove to be true.

Paul Srubas of the Green Bay Press-Gazette brings word that Green was arrested and later charged with suspicion of child abuse. The arrest reportedly came at approximately 11:30 pm on Sunday evening and, since then, Green has been in the Brown County Jail. According to the report, Green’s charge stemmed from a “family matter” and the formal charge (on the jail’s website) is described as “Child Abuse-Intentionally Cause Harm/Cruelty toward Child.”

There are no other details. Green spent the lion’s share of his career in Green Bay before playing for both the Seahawks and Texans and, as a result of longevity, Green is synonymous with the Packers organization. More details will likely arrive soon.