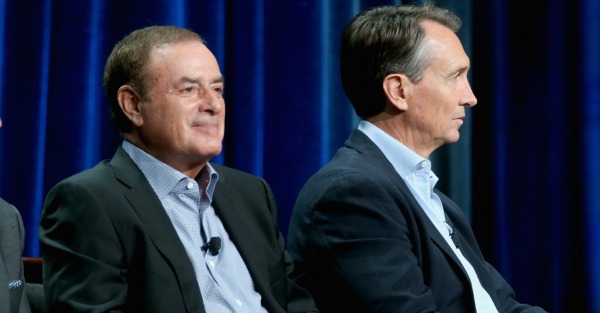 The Colts met the Patriots Sunday night for the first time since last year?s AFC Championship game. Of course, that was the game in which the Deflategate scandal was born, so there was a lot of talk about the controversy that almost had Tom Brady suspended for the first four games of this season.

The online sportsbook Bovada had fans betting on how many times NBC?s Al Michaels and Cris Collinsworth would say the word ?Deflategate” during their broadcast. The over/under was set at 2.5 mentions, a low bar for a story that dominated headlines the past nine months, so it’s safe to say that a lot of people probably bet the over.

Those people owe Michaels big time, as he addressed the prop bet and repeated ?Deflategate? four times in a row. Despite the sneaky bit of sabotage, Bovada will still honor the bet.

Got confirmation this morning from Bovada that they did pay out on the Deflategate over prop bet. What a job by Al Michaels.