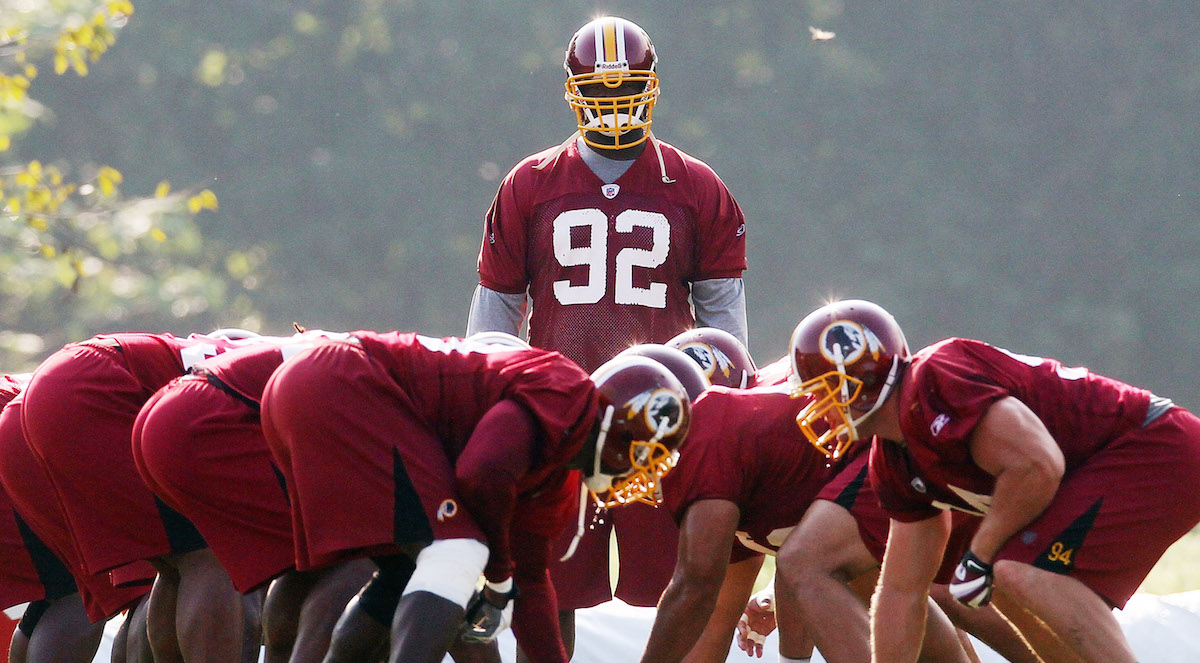 ASHBURN, VA - AUGUST 06: Defensive lineman Albert Haynesworth #92 of the Washington Redskins watches his teamates practice as he sits out his eighth consecutive day of practice during Redskins training camp on August 6, 2010 in Ashburn, Virginia. (Photo by Win McNamee/Getty Images)

Albert Haynesworth was at one of the best defensive linemen in the NFL at his peak.

The 6’6″, 350-pound Haynesworth spent his first seven years in the NFL with the Tennessee Titans before bolting to the Washington Redskins, where he accepted a $100 million contract, and eventually flamed out of the league.

“If nothing else, listen to me on this, Albert: Do not leave the Tennessee Titans.  You?re like a system quarterback. You thrive in a very specific scheme. When you hit free agency, the Washington Redskins are going to offer you $100 million. Everyone will talk about this (they won?t talk about the fact that most of that money is not guaranteed, or that the Tampa Bay Buccaneers offered you $135 million).

You will lose your passion for football in Washington, and it will be impossible to get back.”

Haynesworth would bounce around for a few years with the New England Patriots and Tamp Bay Buccaneers, but would never regain his form during his peak seasons in Tennessee.