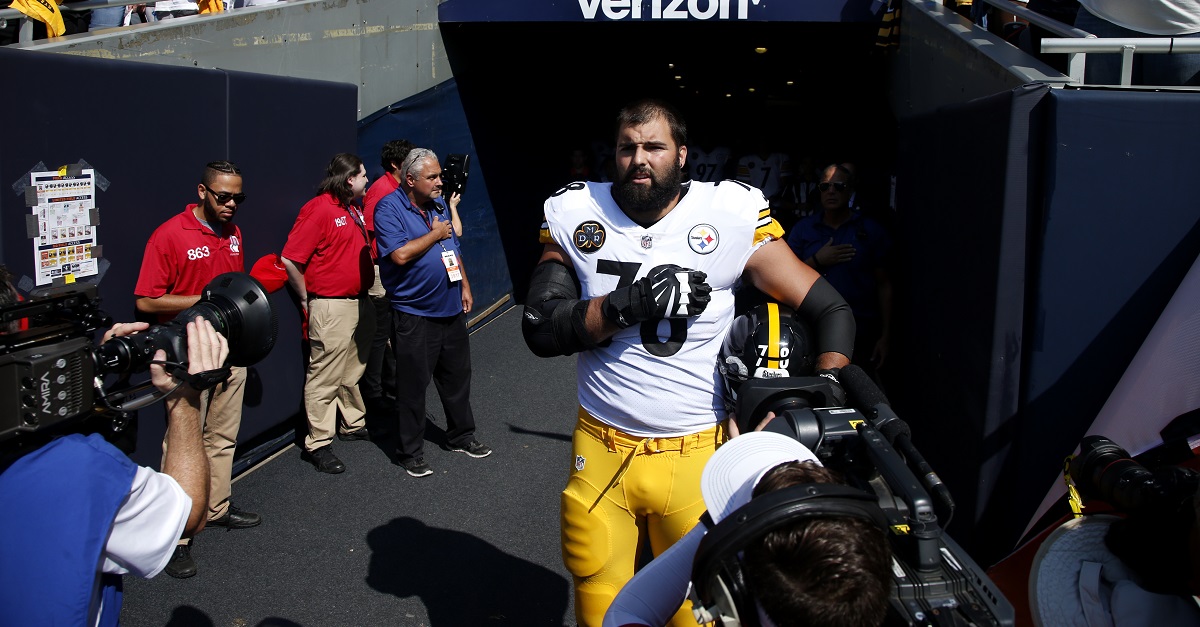 Alejandro Villanueva has been put in quite the awkward place as he admitted to kind of “throwing his teammates under the bus” during Week 3’s national anthem protests. He was the lone Steeler who stood outside the tunnel even though the team agreed not to do that. However, the former Army Ranger doesn’t want all the publicity he’s receiving for his actions now and has made it clear that he should not be used in any national anthem protest.

?To use me as a tool to push an agenda and push message is completely unacceptable,? he said. ?I respect every single player in the NFL. Every single citizen has their rights. I am not into the politics of the game. I?m just a football player.?

Villanueva served three tours in Afghanistan and was awarded a Bronze Star so it’s no surprise that he’s being used in the raging debate of whether to stand or kneel during the anthem.

He is tired of getting all of this attention as an offensive lineman and would really like to go back to being anonymous and protecting his quarterback while everyone focuses on the game rather pre-game activities.

?I?m tired of the cameras in my face all the time,? Villanueva said after a 29-6 win Sunday (via USA Today). ?It?s crazy. It?s sad, because we had the Baltimore Ravens-Pittsburgh Steelers game and everybody is focused on the pregame procedures.?

The Steelers host the Jacksonville Jaguars next week for their Week 5 matchup.