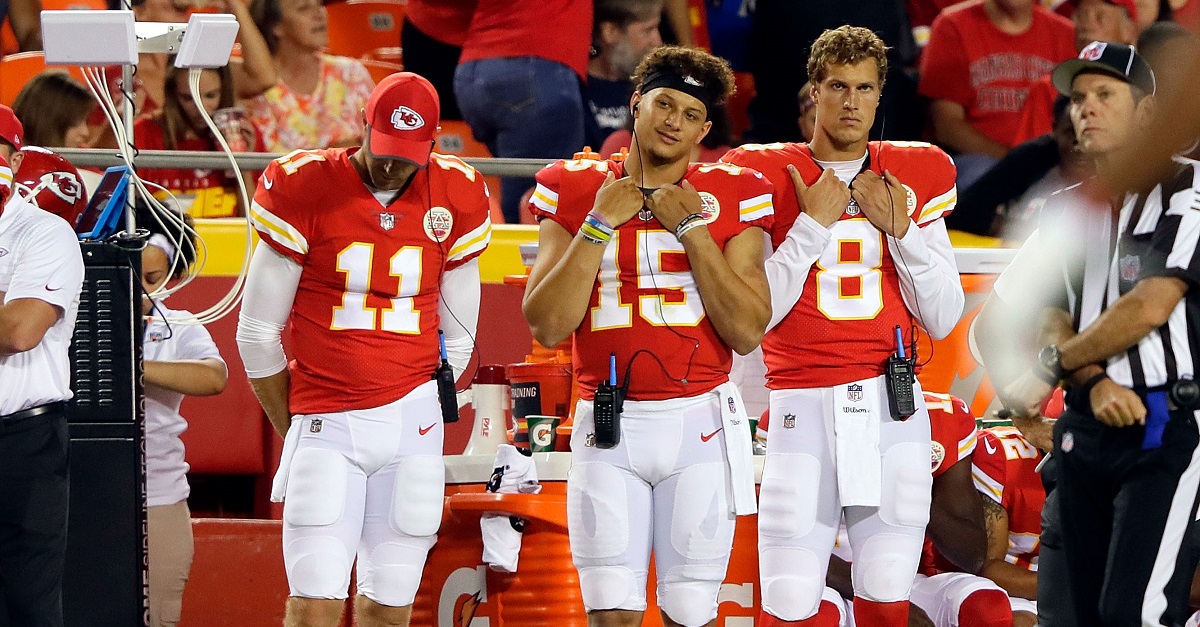 The Alex Smith era is officially over in Kansas City.

The Chiefs have reportedly traded the three-time Pro Bowl quarterback to the Washington Redskins, sources confirmed to the Kansas City Star.

According to the report, any trade involving the quarterback cannot be completed until March 14 at 3 p.m., which marks the first day of the new league year.

However, sources confirmed that a deal is in place to send the 33-year-old Pro Bowler to Washington.

According to ESPN’s Adam Schefter, the Redskins have given Smith a new four-year contract extension, rather than risking losing him to free agency after his contract expires next offseason.

Washington has reportedly sent a third-round pick and a player to be named later in compensation to Kansas City, according to Schefter.

QB Alex Smith and Washington now have reached an agreement on a new four-year contract extension, per sources. Smith, who had one year left on his contact, tied to Washington for next five seasons. Smith gets long-term deal from Washington that Cousins could not.

Trade term update: Washington is sending KC a third-round pick and an unidentified player for QB Alex Smith, per sources.

Smith recorded career-highs in passing yards (4,042), touchdowns (26) and passer rating (104.7) while leading the Chiefs to a first-place finish in the AFC West.

However, the quarterback was entering the final year of his contract and had a cap number of $20.6 million next season. Kansas City saved itself $17 million by trading Smith and handing over the reins to first-round draft pick Patrick Mahomes.

Mahomes made one start during his rookie season, throwing for 284 yards and an interception on 22 of 35 passing, while leading the Chiefs to a 27-24 victory over the Denver Broncos on Dec. 31.