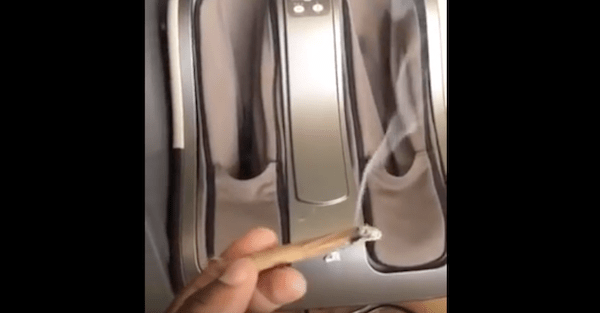 Oakland Raiders linebacker Aldon Smith is already serving a one-year suspension after violating the NFL’s substance abuse policy after charges were filed for a hit-and-run, drunken driving and vandalism.

According to CSN Bay Area, Smith appears on Periscope videos under a pseudo account “ravenga” and in one video titled “Fire up session,” the report claims, “his voice, unmistakable when compared to other videos” appears in the video with hand-rolled cigarette.

A female in the video tries to talk the man out of posting, but he notes it doesn’t have “Aldon Smith” before the video abruptly cuts off.

Of course we don’t know what the substance is, but with the fifth-year veteran already in Stage Three of the league’s substance abuse program, he could be in hot water yet again.

He has registered 180 tackles, 47.5 sacks and five forced fumbles over his career.