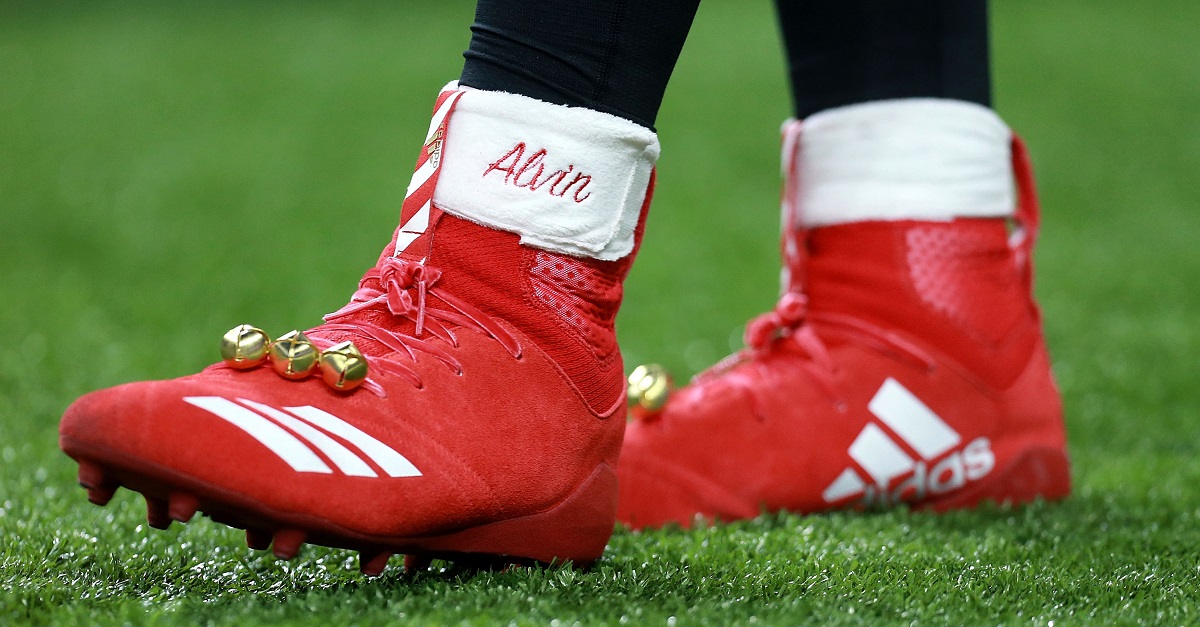 The NFL has been very picky in the past over uniform violations, and it doesn’t look like the spirit of Christmas can keep commissioner Roger Goodell and co. from handing down a big fine.

On Thursday, New Orleans Saints running back Alvin Kamara revealed that he had been fined $6,079 for his decision to wear Christmas-themed cleats in the Saints’ 23-13 win over the Atlanta Falcons on Dec. 24.

Kamara, a rookie running back from Tennessee, took the fine in stride, saying that he knew the NFL would take such an action. However, Kamara is turning the NFL’s Grinch spirit into true Christmas giving, as Kamara has set up a donation page in the spirit of the fine in order to help raise money for youth football programs.

Here we go!!!! Donations will be made to Willie Hall playgrounds Recreational Department right here in New Orleans to buy cleats for their youth teams.https://t.co/mRC4NXRpac

Unfortunately The Grinch stole Christmas!! After the game I said that I would make a gofundme for the fine and donate the proceeds to charity sooooo…. here we are! A donation will be made to Willie Hall playgrounds recreational department to provide cleats for their youth football programs.