Amid claims of 20 physical violence incidents, this NFL kicker is serving an embarrassingly light suspension 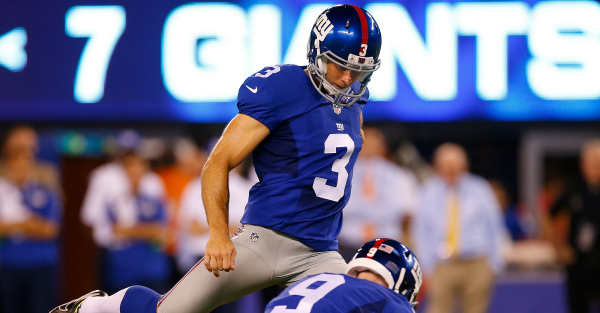 An ex-wife of an NFL kicker alleges her husband was physically violent with her on 20 different occasions, and the NFL is suspending the player for one game.

Josh Brown, a kicker for the New York Giants, allegedy abused his ex-wife multiple times from 2009 to 2015. The first incident in 2009 occurred when she was pregnant with the couple’s daughter. Brown was arrested in May of 2015 for domestic violence, and his wife detailed the incidents for police. Brown’s ex-wife called police to report that the kicker got in her son’s face and grabbed her wrist during an argument.

“I got really scared. And I just went and locked myself in my bedroom again,” Brown’s ex-wife said.

But Brown was released five days after the arrest after the Washington state’s prosecutor’s office declined to press charges. The NFL announced Brown’s one-game suspension earlier this week. Giants head coach Ben McAdoo said earlier this year he had no tolerance for domestic violence, but he has not added any additional penalties for Brown.