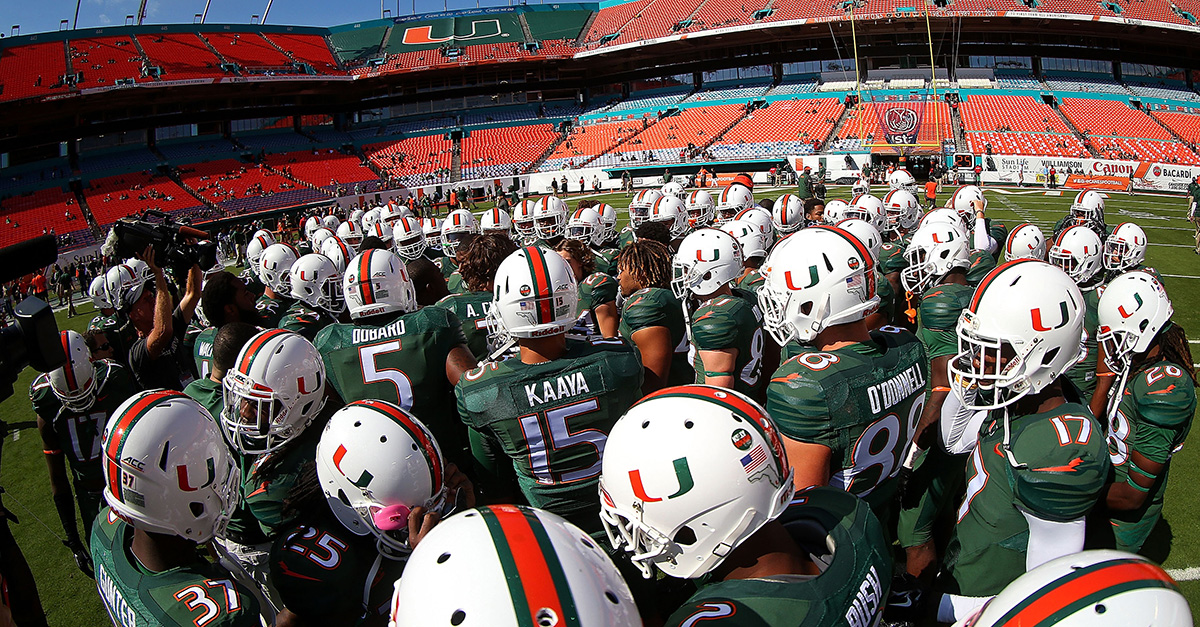 Few college football programs have sent more players to the NFL over the past two decades than the Miami Hurricaes, and even fewer have produced more NFL stars. WR Andre Johnson is one of the best to come out of Miami, and he made a move — along with former Hurricanes star Frank Gore — to the Indianapolis Colts who now have four Canes with Johnson, Gore, Philip Dorsett, and Erik Swoope.

Johnson went on 560 AM in Miami and was asked about playing with former Hurricanes. One of the questions was whether a team made up of all Hurricanes could win a Super Bowl.

“Yeah I really think you can,” Johnson said. “If you put a team together and all of the guys are in their prime, yes, I think you could get it done.”

Now, there have been some notable Miami retirements in recent years, like Ray Lewis and Ed Reed, but there are still plenty of really good players in the NFL from Miami. Here’s our best guess at what an All-Miami team would look like right now. I’ll have to disagree with Johnson that this team could win a Super Bowl, but it’s impressive that they can field a pretty strong depth chart.

The biggest problem with an All-Miami team is, who plays quarterback? We can’t put Bernie Kosar back there at age 51, and Vinny Testaverde hasn’t tossed around the pigskin since 2007. There isn’t currently a Miami quarterback on a roster, but this is the best three deep available. Harris plays in the CFL and Morris and Williams are free agents.

Gore and Miller would be a hell of a one two punch in the backfield, and Duke Johnson could be really good.

There are other options here too — aging Reggie Wayne, Devin Hester, and Santana Moss — but this is a strong receiving corps.

Like the backfield, this is an incredible tandem. Graham didn’t play football at Miami, but he played basketball there so it counts.

Not a bad offensive line. There’s not a center in the NFL from Miami, but Gunn played it some in college and could slide over.

Honestly expected more defensive linemen from Miami, but we’ll just run a 3-4 with these guys.

Bosher’s got a big leg and could do some kicking since there’s not a place kicker in the league from Miami, and they’re both pretty good punters.