Team won’t confirm that former No. 1 overall pick will even play in 2017 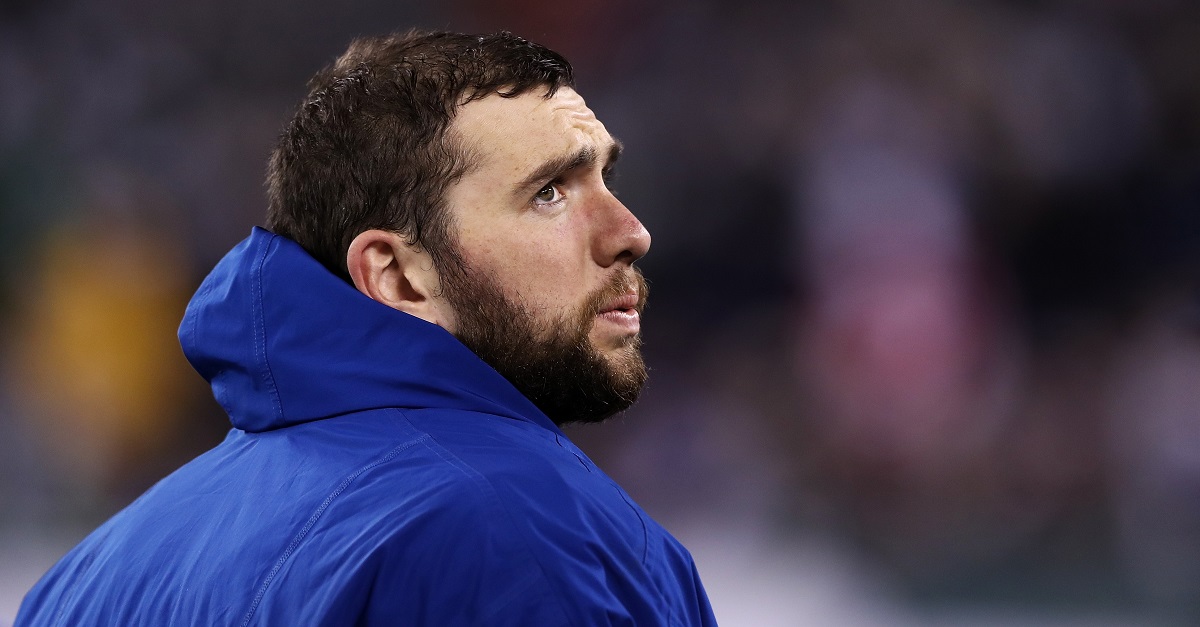 Elsa/Getty Images
EAST RUTHERFORD, NJ - DECEMBER 05: Andrew Luck #12 of the Indianapolis Colts looks on against the New York Jets during their game at MetLife Stadium on December 5, 2016 in East Rutherford, New Jersey. (Photo by Elsa/Getty Images)

Former No. 1 overall pick Andrew Luck underwent shoulder surgery this offseason, and it’s not clear that he’ll even touch the field in 2017.

He hasn’t been close to playing this season, and apparently isn’t even practicing:

Colt GM CHris Ballard: Andrew Luck not at practice this week or rest of week. Soreness in shoulder. Cortisone shot.

As of now, injured reserve is not an option, but the team won’t confirm if he’ll play at all:

Ballard: IR is not an option with Luck at this point. #Colts

Chris Ballard cannot confirm that Andrew Luck will play in 2017.

Has used the words "shut it down" regards to next few weeks.

Jacoby Brissett has played solidly in reserve, but the Colts sit firmly at 2-4 and last place in the AFC South. Depending on how the next few weeks ago, maybe it would be the right call to shut him down with an eye on a healthy 2018 and likely a top pick.