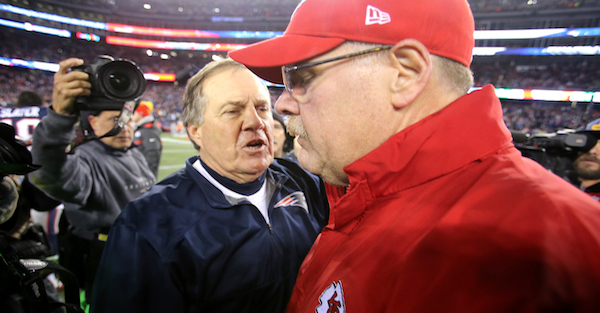 While he said the headsets worked fine in the crucial final minutes of Saturday’s game, Reid said they went out “just a little bit, not much,” during the first half when it came to communication with quarterback Alex Smith’s helmet, per Fox Sports.

Any hint at the Patriots having an advantage is going to get put under a microscope considering the last year or so of coverage on DeflateGate.