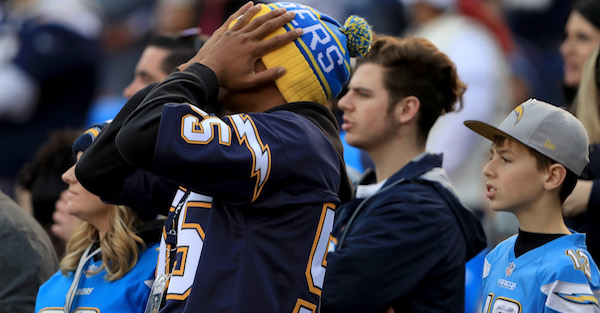 First the fans in St. Louis were distraught over the Rams move back to Los Angeles, and now it’s the San Diego faithful who will have to watch their beloved franchise move to L.A.:

A stunner: Chargers plan to announce as early as Thursday they are moving to LA, ending 55-year stint with SD, league sources tell ESPN.

The Chargers have played the last 55 seasons in San Diego before reports of the move spread.

We’ll have to watch how this unfolds with the Rams already in Los Angeles, where you’d assume they’ll plan to share a stadium.

Oakland is also reportedly in talks to move to Las Vegas, and the Bay Area appears to be in shambles.