Another Patriots player won’t visit the White House, and he’s got a completely different reason 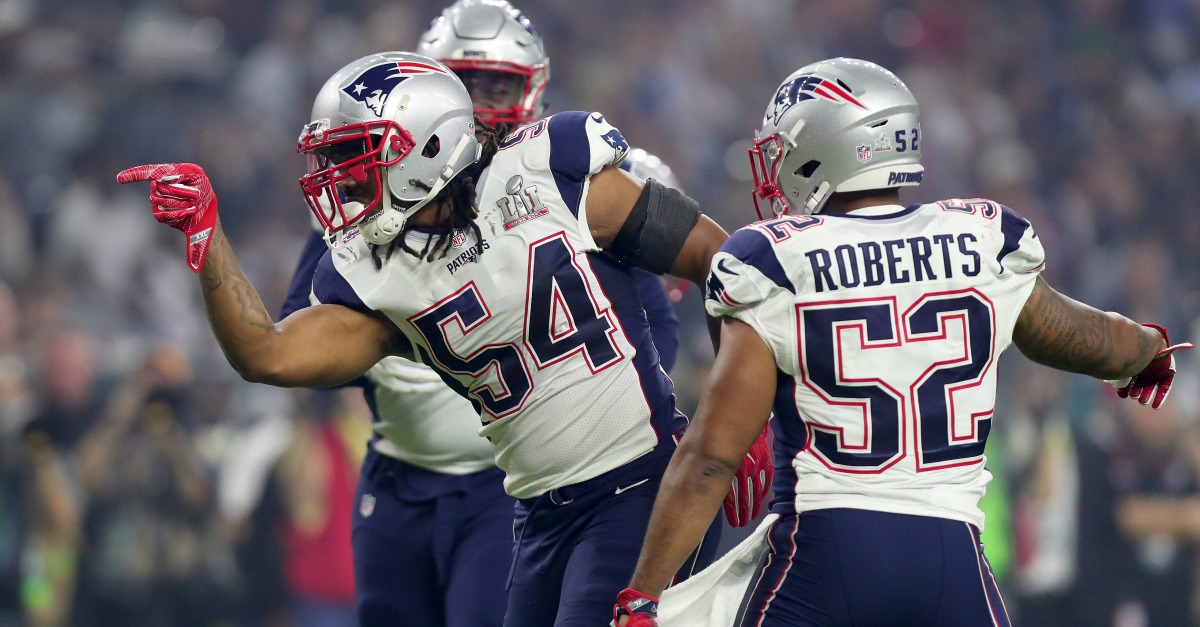 First, it was tight end Martellus Bennett saying he wouldn’t go to the White House when the New England Patriots go on the traditional trip Super Bowl winners get to take. Bennett doesn’t like President Donald Trump’s policies, and neither does Devin McCourty.

Dont’a Hightower isn’t going either, but he has a completely different — and somewhat puzzling — reason.

LB Dont'a Hightower says on @SportsCenter he will not go to the White House. He says it's not anything specific to the president.

"Been there, done that," Dont'a Hightower said, also noting he didn't go to White House in 2014 w/ Pats. Had previously been with Alabama.

Been there, done that? Wow.