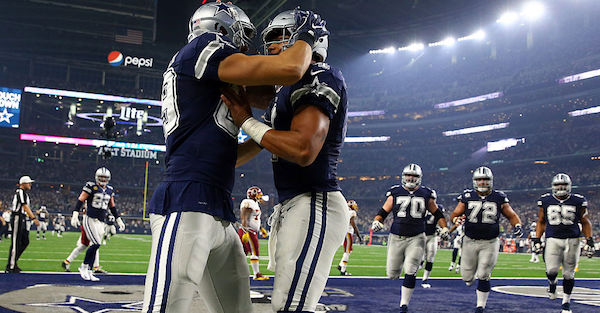 The Dallas Cowboys have lost several players on both sides of the ball during free agency, and the team received news Friday that backup tight end Gavin Escobar has found a new home.

According to ESPN’s Adam Caplan, Escobar signed a one-year deal with the Kansas City Chiefs.

The Cowboys drafted Escobar out of San Diego State in the second round of the 2013 NFL Draft, and he spent four years backing up Jason Witten at tight end.

Escobar caught 30 passes for 333 yards and eight touchdowns during his four seasons with the Cowboys. In Kansas City, he will back up Travis Kelce.

The Cowboys have lost several starters and backups this offseason, but they still return a young core with Dak Prescott and Ezekiel Elliott. However, depth will be a concern heading into the draft, so Jerry and Stephen Jones will need to secure a strong draft class to keep the Cowboys among the best teams in the league next season.