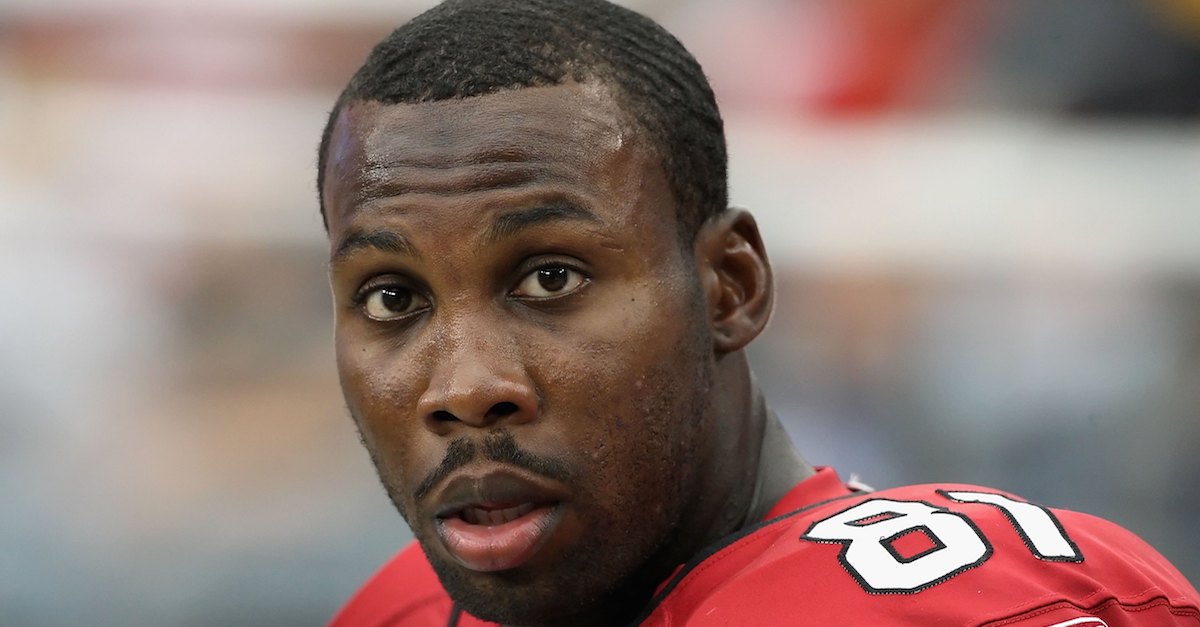 Christian Petersen/Getty Images
GLENDALE, AZ - SEPTEMBER 13: Wide receiver Anquan Boldin #81 of the Arizona Cardinals during the football against the San Francisco 49ers during the NFL game at the Universtity of Phoenix Stadium on September 13, 2009 in Glendale, Arizona. The 49ers defeated the Cardinals 20-16. (Photo by Christian Petersen/Getty Images)

Less than a month after deciding to extend his NFL career, Anquan Boldin has informed the Buffalo Bills that he plans on retiring, according to ESPN’s Jim Trotter.

BREAKING: Anquan Boldin left the Bills today and has informed them he is retiring, ESPN has learned.

Statement from Anquan Boldin on his decision to retire: pic.twitter.com/z19jekK33R

Boldin signed with Buffalo on August 7 and planned on playing in his 15th NFL season.

Boldin reportedly reached a one-year deal worth $4 million with Buffalo last week but backed out before deciding to join the team officially, according to ESPN?s Adam Schefter.

WR Anquan Boldin agreed to deal with Bills last week, backed out, and then decided today to take the one-year deal worth up to $4 million.

Boldin, a three-time Pro Bowler, finishes his career with 1,076 receptions, 13,779 yards and 82 touchdowns. During his 15 NFL seasons he has played for four other NFL teams, most notably the Arizona Cardinals and Baltimore Ravens, recording 104 yards and a touchdown during a 34-31 victory in Super Bowl XLVII.