Antonio Cromartie, father of 12 kids, might now be able to afford to take care of his mother 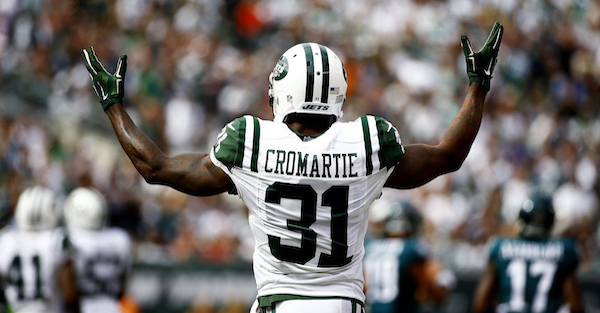 Former New York Jets cornerback Antonio Cromartie has found a new home after coming to an agreement with the Indianapolis Colts.

I am now a Colt. I'm loving it. https://t.co/vhtpgLHbjr

Cromartie, 32, is probably more known for his off-the-field life than he is for his on-field performance, which includes four Pro Bowl appearances. That’s because Cromartie has fathered 12 children–10 of them from eight different women and two with his current wife, after getting a vasectomy.

After he was released from the Jets in February, he had asked his mother to pay the $700 mortgage on a house he bought for her. Also, the child support he’s on the books for comes with a pretty hefty price tag–about $336,000 a year for eight children he pays child support for.

Cromartie’s deal with the Colts came on the heels of the Colts reportedly losing Pro Bowl corner Vontae Davis for “at least” the first month of the season with ligament damage to his ankle.

Cromartie finished with 29 total tackles, 12 passes defensed but zero interceptions for the Jets.