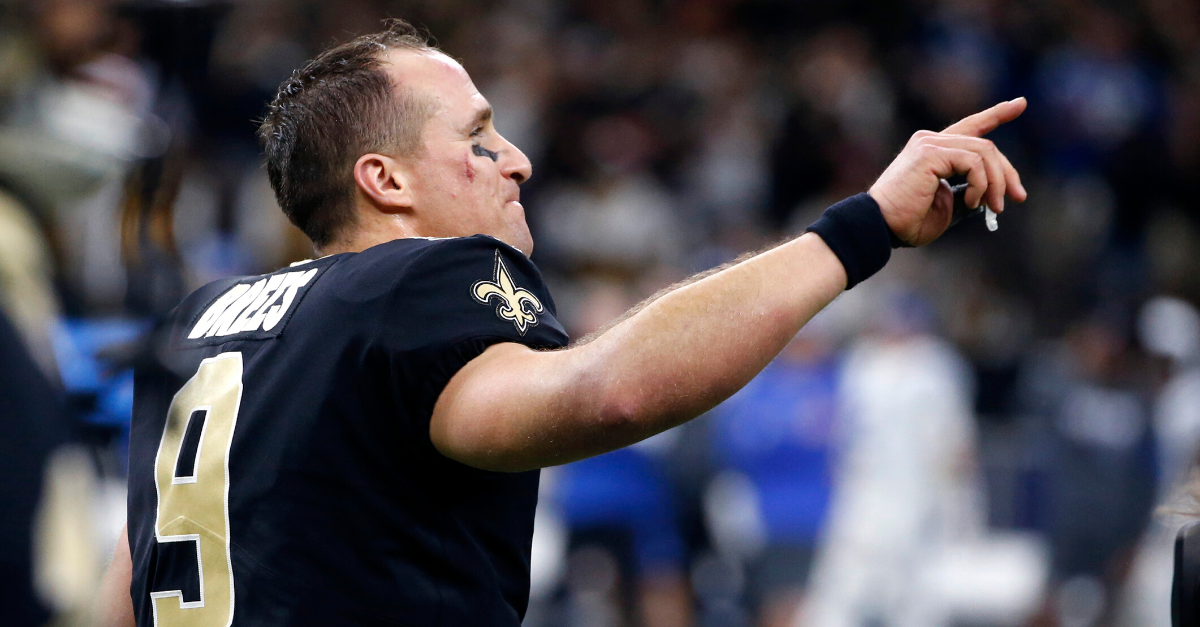 The 40-year-old Brees connected with tight end Josh Hill for a 5-yard touchdown in the third quarter of Monday night’s game between New Orleans and Indianapolis. Brees’ 540th career TD pass was his third of the game and gave New Orleans a 27-0 lead. The completion was also Brees’ 27th of the game on 28 passing attempts to that point.

Brees was surrounded by offensive teammates who congratulated him after the completion, and the quarterback embraced coach Sean Payton when he reached the sideline. Brees then walked along the sideline waving and blowing kisses to the crowd, which responded with sustained roars of appreciation.

Now in his 19th season, Brees already owns NFL records for completions and yards in a career. He entered Monday night’s game with 6,792 completions for 72,577 yards.

Brees connected on touchdown passes of 15 yards to Michael Thomas and 21 yards to Tre’Quan Smith earlier in the game. It was his 91st regular-season game with at least three TD throws.

New England’s Tom Brady is two behind Brees at 538. Philip Rivers is next among active players with 395.