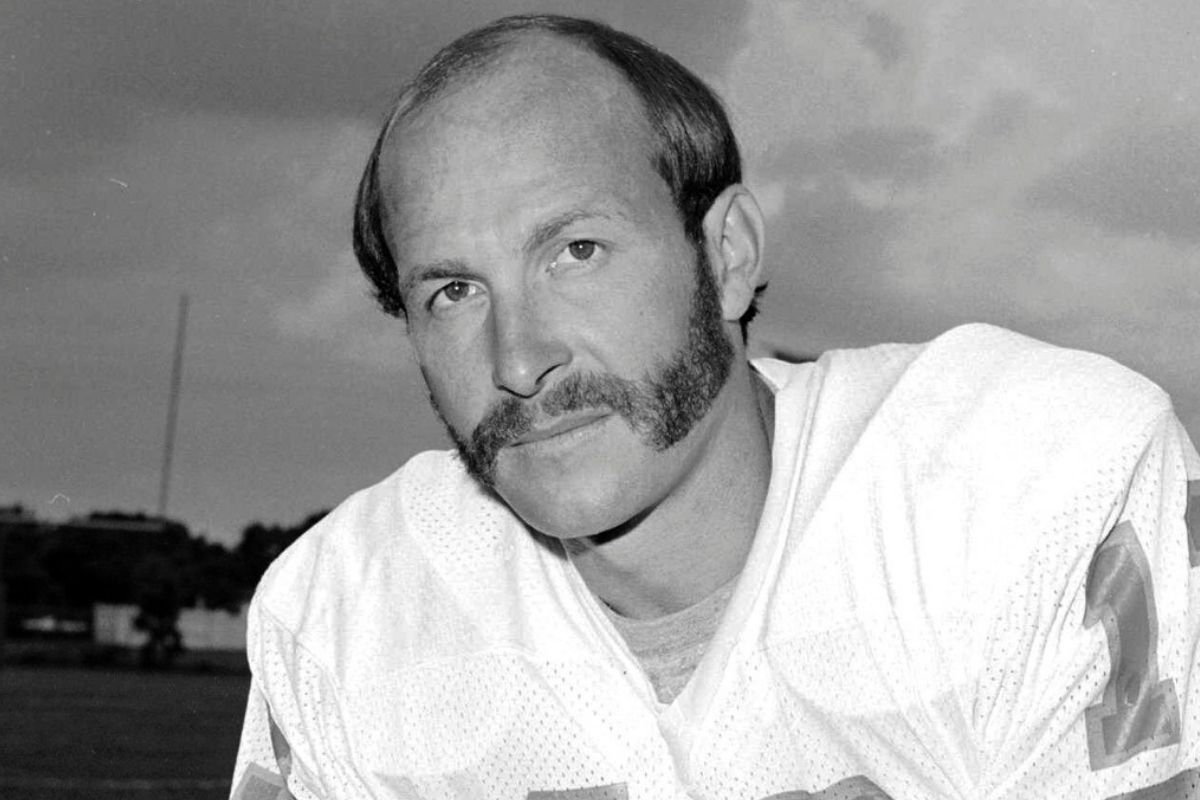 MIAMI (AP) ? Jake Scott, the star safety who was the most valuable player in the Super Bowl that completed the Miami Dolphins? 1972 perfect season before his relationship with coach Don Shula soured, died Thursday in Atlanta. He was 75.

Scott died after a fall down a stairway that left him in a coma, former teammate Dick Anderson said.

Scott played in three consecutive Super Bowls, won back-to-back championship rings and made the Pro Bowl five years in a row with Miami. He had two interceptions, including a 55-yard return from the end zone, against Billy Kilmer and the Washington Redskins as the ?72 Dolphins won 14-7 to finish 17-0.

Our thoughts and prayers are with the family and friends of Jake Scott. pic.twitter.com/rIEKsUYI4l

Following retirement, Scott became reclusive and harbored hard feelings toward Shula and his coach at Georgia, Vince Dooley. Scott lived for years on a remote Hawaiian island and traveled the world but seldom attended Dolphins or Bulldogs reunions.

He was once close to Shula, but they went without speaking to each other for 28 years, and Scott was one of only two living players to skip the 1972 Dolphins? 25-year celebration in 1997.

The rift finally ended at a memorabilia show in 2010, where Scott and Shula had a brief conversation, shared laughs and posed with other ex-Dolphins for photos. Shula died in May of this year.

At Georgia, Scott was an All-American and the Southeastern Conference Player of the Year in 1968. He played with the Dolphins from 1970 to 1976 and remains their career leader in interceptions and punt return yardage. He also started for the Redskins in 1976-78 and finished with 49 career interceptions.

?Jake made an impact from the day he joined the Dolphins,? the team said in a statement. ?He teamed with Dick Anderson to form one of the top safety duos in NFL history.?

In six seasons with Miami, Scott never missed a game.

?If I had to be in a foxhole in a war and have somebody cover my backside,? Anderson said, ?Jake would be my first choice.?

Scott played the final 11 games of his rookie season with a separated shoulder. He played in the Super Bowl the following season with a broken left hand and right wrist, each of which required a cast after the game.

However, a disagreement about Scott?s toughness caused his falling out with Shula in 1976. The relationship had been deteriorating for a couple of years when they had an argument in the locker room about whether Scott?s shoulder injury was serious enough to keep him out of a preseason game.

Shula suspended Scott and then traded him to the Redskins for safety Bryant Salter, who lasted only one season.

?I had to make a tough decision, and he had hard feelings about that,? Shula said in 1998. ?I try to put it out of my mind and appreciate the contributions he made.?

Jacob E. Scott III was born July 20, 1945, in Greenwood, South Carolina. He grew up in Athens, Georgia, and was recruited as a receiver by Dooley, who then moved Scott to safety.

We are saddened to learn of the passing of Georgia great, Jake Scott. Our thoughts and prayers go out to his family and friends during this difficult time. pic.twitter.com/ukytLrtOg2

Scott is remembered in Athens for the time he rode a motorcycle across the roof of Stegeman Coliseum, but also for his two seasons with the Bulldogs. He led the SEC in interceptions each year and in punt return yardage in 1968, when he helped Georgia win the conference championship.

Dooley called Scott the greatest player he ever coached, ranking him ahead of even Herschel Walker. Scott was inducted into the College Football Hall of Fame in 2011.

He left Georgia after his junior season and spent one year with British Colombia in the Canadian Football League. The Dolphins drafted him in the seventh round in 1970, and he became a starter as a rookie.

Scott made Miami?s No. 13 famous more than a decade before Dan Marino wore the same number, and he became the NFL?s first $100,000-a-year defensive back.

In 2019, Scott wrote a column for the Dolphins website reflecting on the perfect season.

?It really was a hell of an accomplishment,? he said. ?How many teams get that lucky? We were lucky. In fact our team the next year was a better football team. … We were lucky, but we were good.?

Scott typified the championship Dolphins in the same way his mutton-chop sideburns typified early 1970s style. The free safety was a free spirit, but also wily.

?The brightest player I ever played with,? Anderson said.

One example: In 1973, the Dolphins were clinging to a late six-point lead against the Pittsburgh Steelers on Monday Night Football when they took an intentional safety to avoid punting from their end zone, and the TV crew praised the tactical genius.

?Shula?s ahead of us all!? announcer Howard Cosell exclaimed.

The intentional safety was suggested to Shula by Scott. The ploy paid off in a 30-26 victory.

Scott never married. In retirement he invested wisely, owned rental property and liked to fish, hunt, play golf and travel ? even to Georgia or Miami, but without fanfare.

?He has just never been into self-promotion, and it has really hurt him in terms of recognition,? Dolphins teammate Jim Mandich once said. ?This is a guy who for six or seven years played his position as well as it has ever been played.?

MORE: Paul Hornung, Hall of Fame Running Back, Dead at 84