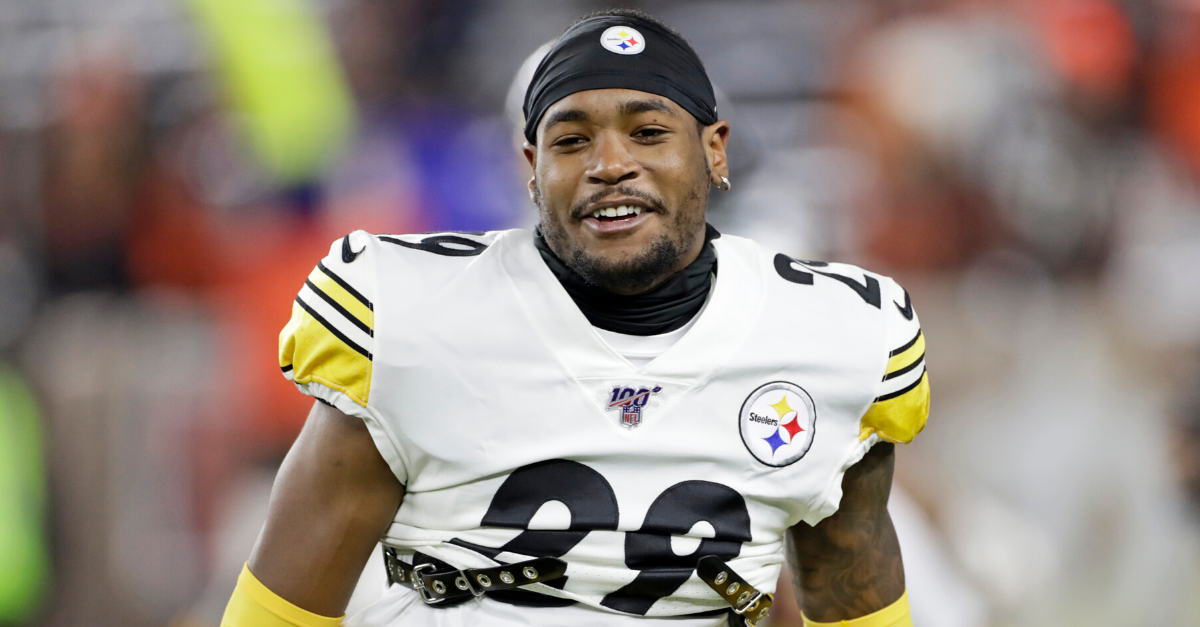 The 23-year-old Kelly was charged with two counts of making terroristic threats and one count of resisting arrest after authorities said he became combative after refusing to leave Mario’s South Side Saloon.

According to the criminal complaint, police were called to the bar after an employee reported Kelly for becoming disorderly. Police say the employee told them Kelly had threatened to punch him for skipping Kelly’s selection on the jukebox.

#BREAKING: Pittsburgh Steelers defensive back Kameron Kelly is facing terroristic threats and resisting arrest charges after he was kicked out of a South Side bar. https://t.co/DJiHNcETYE

Police say an officer stepped on the foot of a woman outside the bar while confronting Kelly. Kelly told police the woman was with him and became aggressive with officers, according to the complaint. Police say Kelly resisted arrest and was punched multiple times by an officer.

Kelly has one interception in 14 games with the Steelers after making the team out of training camp as a free agent. The team had no initial comment.