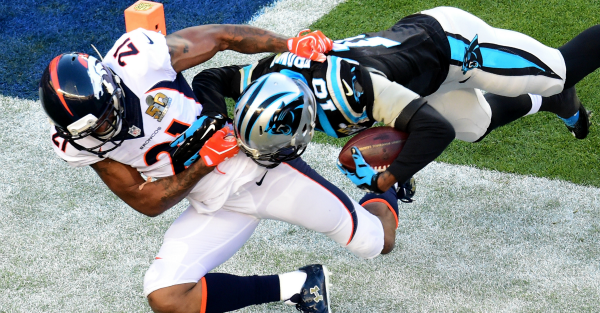 NFL Network’s Ian Rapoport is reporting that Denver Broncos cornerback Aqib Talib has been fined over $25,000 for his actions in Super Bowl 50.

#Broncos CB Aqib Talib got the only significant fine from the Super Bowl… $26,044 for facemask and then taunting. 2 different plays

Pro Football Talk’s Mike Florio also reported earlier in the week that Talib might be suspended by the NFL for his facemask and throwdown of Panthers receiver Corey Brown. Talib also admitted that the facemask penalty was on purpose, which is another reason for such the large fine.

“It was all good,” Talib said. “It was B.S. flags. One was on our sidelines?the guy was talking on our sideline. One I just did on purpose, and I just had to show him. It’s probably going to be a fine, but hey, we’re world champs.”

Chris Isidore of CNN Money noted that members of the Broncos each received a $102,000 bonus for winning the Super Bowl, which easily covers the punishment assuming he isn’t docked a full game’s pay on a suspension to start the season.