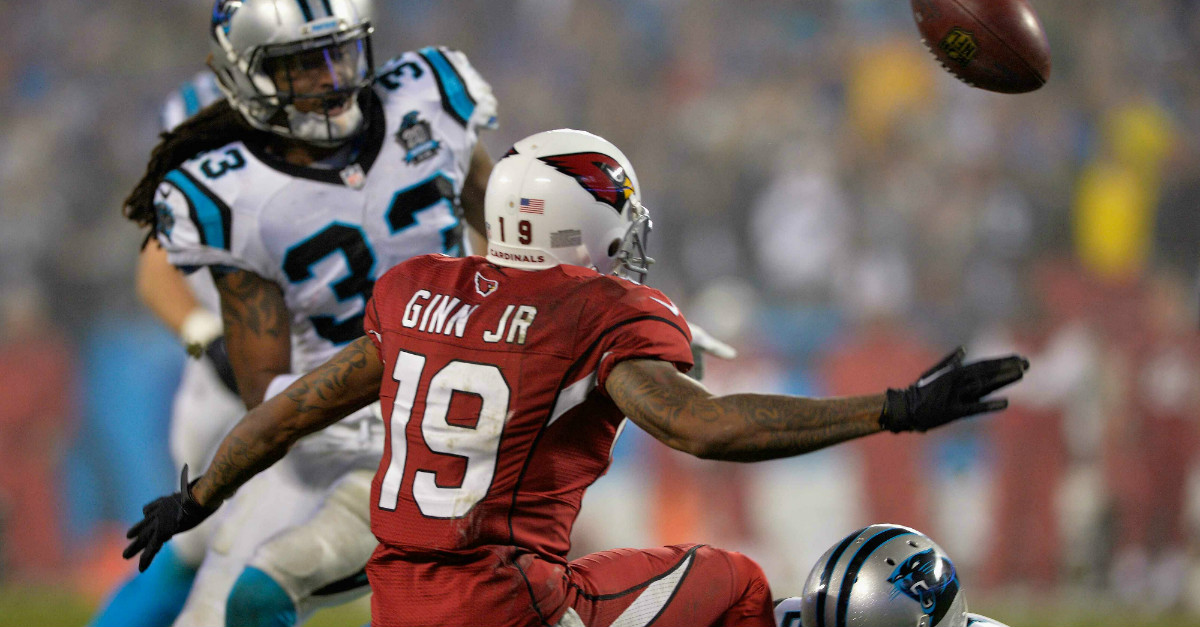 If I’m Larry Fitzgerald, I would run out the door quickly if the Cardinals don’t have a competent quarterback leading the team next season. With Carson Palmer tearing his ACL, it’s uncertain how he will bounce back from the injury.

Instead of Palmer, the Cards had Ryan Lindley starting a playoff game — and oh my — he is horrendous. Lindley finished the playoff game against the Carolina Panthers with 51 passing yards. FIFTY ONE PASSING YARDS.

As a team, Arizona finished with 78 total yards — the worst in NFL playoff history since the 1958 Cleveland Browns’ 86-yard performance.

“Honestly, it’s not good enough and it showed,” Cardinals running back Stepfan Taylor said, via ESPN. “That’s why we’re going home and they’re moving on. Can’t win like that, especially in the playoffs. It’s pretty simple.”

Arizona finished the second half with 13 total yards. That’s 39 feet of offense. Roughly the same amount of distance it probably takes you to walk to your fridge and back to your room, combined.

The Cardinals really need to solidify their quarterback situation. If they do that, they can definitely compete next season.