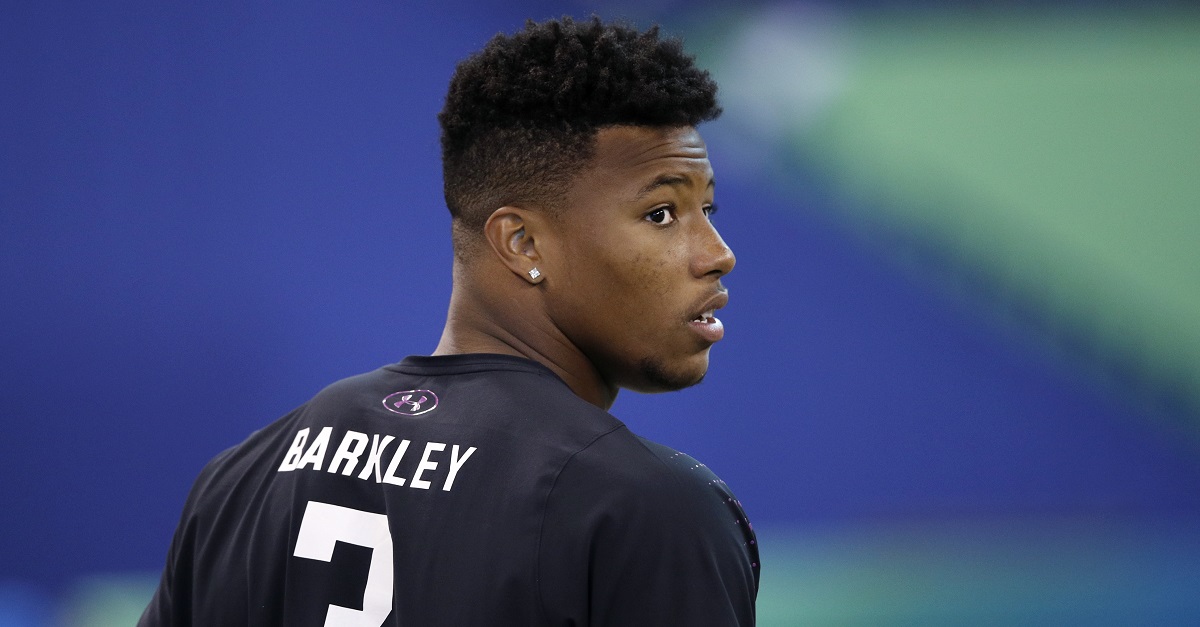 Former Penn State running back Saquon Barkley put himself right in the middle of the conversation for the top pick in the draft with his NFL Combine performance. He was a monster on the bench and during his runs and apparently that got one NFL assistant coach pretty excited about him. In fact, he said he would maim himself just to be able to draft the young man.

NFL assistant coach on Saquon Barkley: “I would punch myself in the nuts many, many, many times to be able to draft him.”

That seems like a pretty drastic measure to take to be able to draft someone. Even if Barkley should be a top-5 pick in this year’s NFL Draft, that doesn’t sound like the way to go about drafting a top pick. Maybe making a trade with picks his team already owns would be a safer bet for everyone involved.