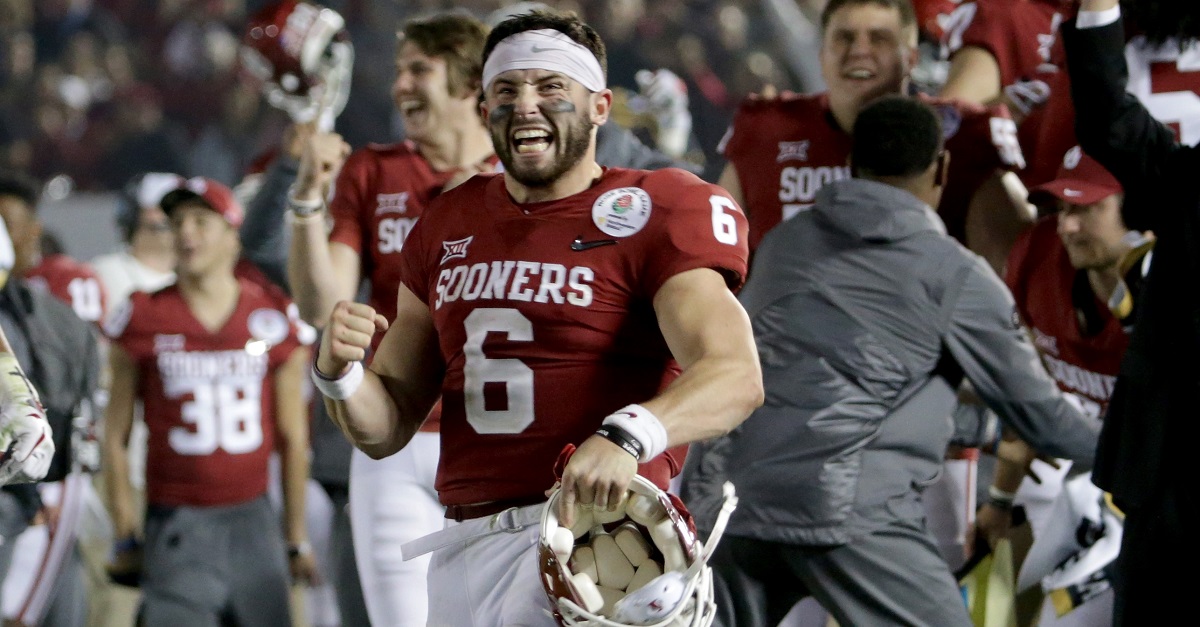 There is no lack of confidence from Heisman winner Baker Mayfield.

The Oklahoma quarterback could be one of the top picks in this year’s NFL Draft, and that means potentially being a target of the 0-16 Cleveland Browns, who possess the No. 1 and No. 4 overall draft picks. The Browns, notable for their struggles at the quarterback position for the past two decades, present a challenge to any incoming prospect, but it appears that Mayfield is ready to accept that challenge should the Browns take him.

This is via Judy Battista of NFL.com:

Baker Mayfield on possibility of joining the Browns: "If anybody is gonna turn that franchise around, it's gonna be me." WHEE!!!!

“If anybody is gonna turn that franchise around, it’s gonna be me.”

That will be a lot to handle; the Browns have won just one game combined over the past two seasons, and the franchise has cycled through over 25 different starting quarterbacks since the 1999 season.

Mayfield hasn’t shied away from showing that he is a confident performer in the past, and Mayfield has many reasons to believe in himself. The former walk-on quarterback has become one of the most prolific passers in NCAA history, and he ended his career by winning the 2017 Heisman Trophy while leading his Oklahoma team to an appearance in the College Football Playoff.