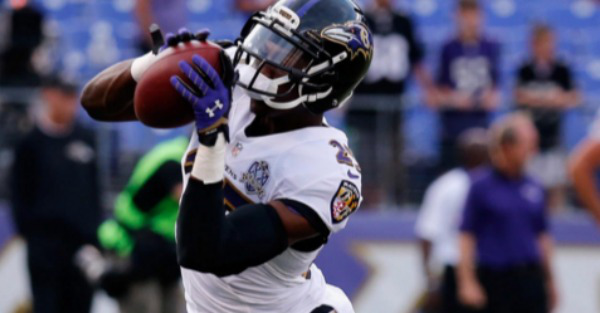 UPDATE: Cornerback Tray Walker was pronounced dead on 5:00 p.m. EST at a hospital in Miami, Fla. following the motorcycle crash that put him in critical condition Thursday evening.

I've just been informed that Tray Walker/CB/Baltimore Ravens has been pronounced dead.

Ravens cornerback Tray Walker suffered serious head injuries during the crash and spent the day fighting for his life. A very sad day.

Baltimore Ravens cornerback was listed in critical condition Thursday night after a serious motorcycle accident reportedly sent him to the hospital.

According to WPLG Local 10 in Miami, police are searching for a New England Patriots player that was allegedly there when the accident occurred.

Can't confirm who @patriots player is, but sources say he was there & cops cant find him; want to intvw him as witness to Tray Walker crash.

“Walker was heading westbound on Northwest 75th Street on a Honda dirt bike with no lights and wearing dark clothing when he collided with a Ford Escape heading southbound on Northwest 21st Avenue at approximately 7:50 p.m.,” the release stated.

And, NFL.com had this:

#Ravens CB Tray Walker spent all night in surgery after a horrific motorcycle crash. He is fighting for his life right now.

We’ll have more on this story as it develops.