Bears suffer major blow as a top, young wide out could miss the entire season 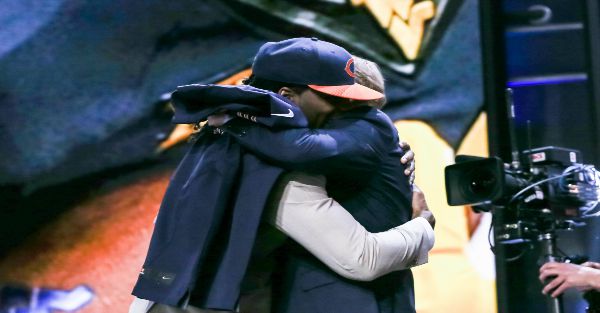 Pace: Kevin White will remain on PUP for now. "Our whole focus right now is his long-term health."

The Chicago Bears took receiver Kevin White at No. 7 in this year’s draft with high hopes for the rookie.

Unfortunately for the Bears, White needs surgery to repair a stress fracture in his shin. G.M. Ryan Pace said White will start the regular-season on the Physically Unable to Perform list, and that he could miss the entire season. Pace added that a rod will be inserted into White’s leg during surgery to stabilize his tibia.

That’s a significant hit for an offense that traded receiver Brandon Marshall and that has to decide whether or not to sign Alshon Jeffery to a long-term deal.