Before signing his new NFL contract, Terrelle Pryor reportedly made one loyal decision 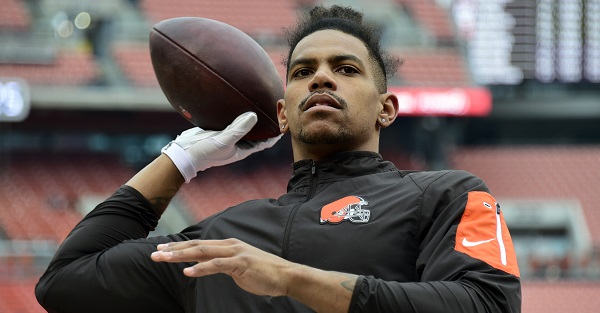 The Terrelle Pryor free agent saga ended with the former Ohio State turned NFL wide receiver accepting a one-year contract offer from the Washington Redskins. However, Mary Kay Cabot of Cleveland.com brings word that Pryor, after negotiating the offer he ended up accepting in Washington, went back to the Cleveland Browns for a last ditch effort.

The source said Pryor wanted to return to the Browns and held out as long as he could for the Browns to increase their original offer of about $8 million over four years with a sizable guarantee.

The Browns also really wanted to keep Pryor, and had been working to do so since training camp.

Pryor and his agents, Drew and Jason Rosenhaus, didn’t accept that offer because Pryor didn’t want to be locked into $8 million a year when the felt he could make more, especially if he topped his 1,000-yard season in 2017. One source told cleveland.com he was hoping to make elite receiver money, up to $15 million a year.

The report indicates that Pryor went back to Cleveland but the original offer had been reduced, prompting him to land in Washington. While it is certainly aggressive (to say the least) for Pryor to turn down a lucrative, multi-year deal, this is the latest instance of an NFL pass-catcher betting on himself in the short term.

If Pryor has a monster season in Washington in 2017, he could easily outpace the type of contract he would have received and, in the end, that appears to be the emphasis. Still, he seemed to give the Browns every chance to match (or exceed) the offer and Cleveland just didn’t make it happen.