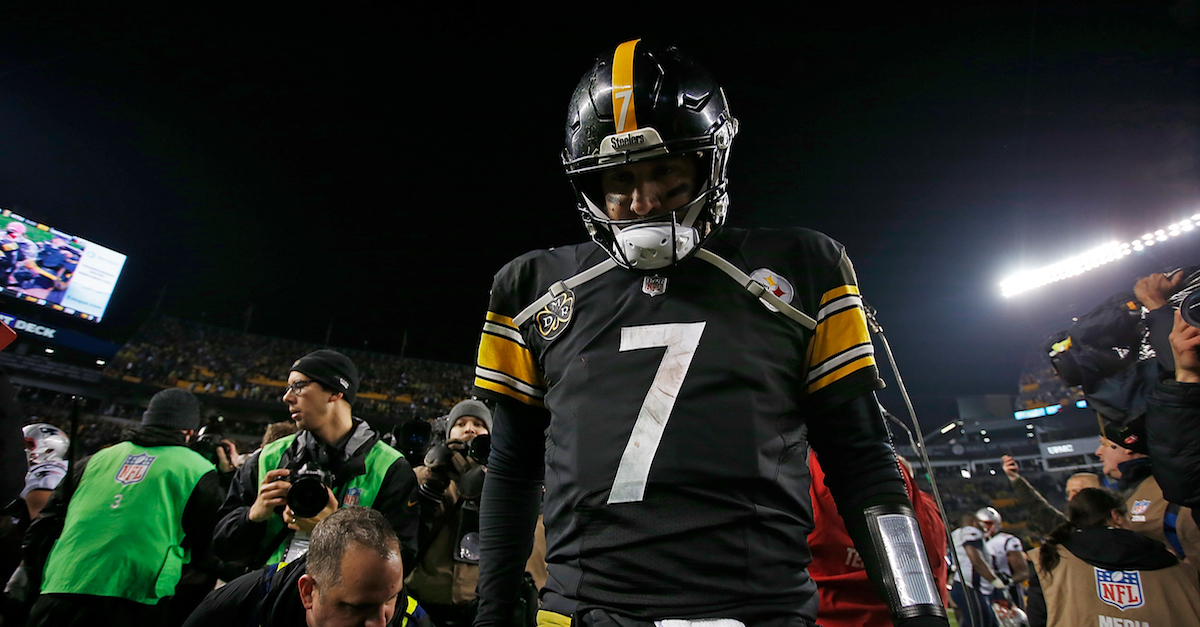 The New England Patriots shut down Ben Roethlisberger on what appeared to be a trick play on third-and-goal and up three points to defeat the Pittsburgh Steelers, 27-24, in what may very well be the regular-season game of the year.

After the game, Roethlisberger was clear — it wasn’t his fault:

Ben Roethlisberger says there was a difference of opinion on #Steelers final play. "It wasn't a fake spike. I was yelling 'clock it' b/c I felt that was the thing to do, to clock it and get yourself one play. And it came from the sideline: 'Don't clock it, don't clock it.'"

The Patriots drove down the field with time running out in the fourth to take the one-point lead and extended it to three with a two-point conversion.

The Steelers took over, completed a 69-yard play to Juju Smith-Schuster and added what appeared to be a touchdown reception to tight end Jesse James.

Officials overturned it, Roethisberger completed a little out route and the clock continued running. With about 12 seconds left, Roethlisberger snapped the ball, faked a spike and looked to the end zone, where he threw an interception to close the game.