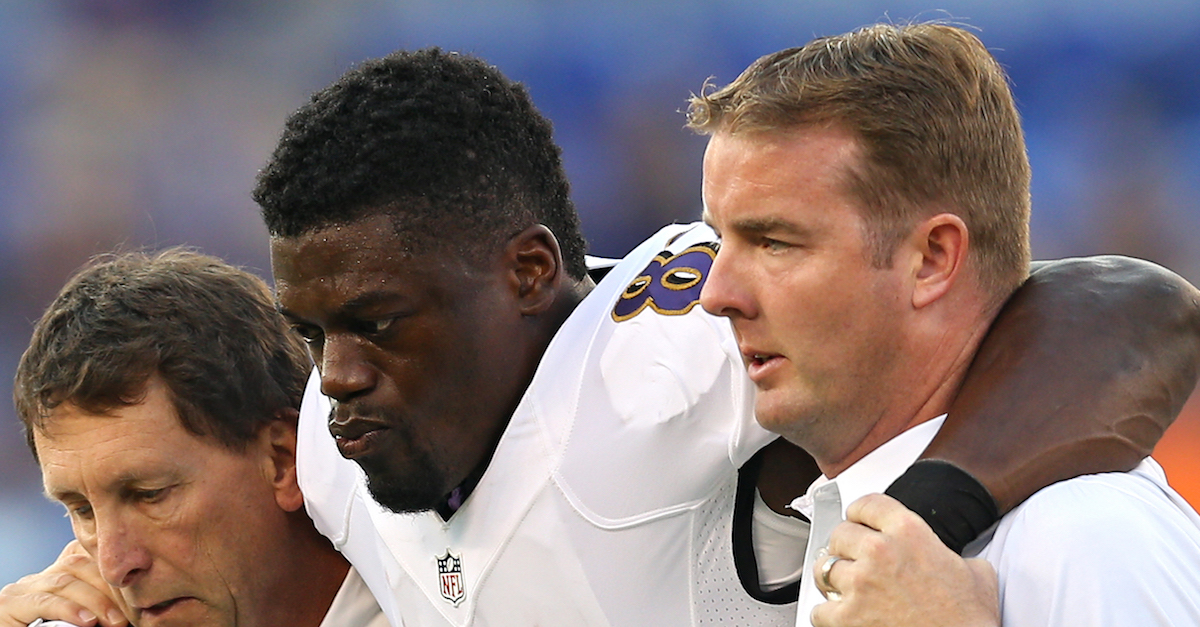 The Baltimore Ravens have had a lot of turnover at the tight end position this offseason, highlighted by the terrible loss of veteran TE Dennis Pitta to a devastating hip injury, but the team got good news Tuesday as veteran TE Ben Watson returned to practice 10 months after suffering a potentially career-ending torn achilles.

Watson, of course, tore his achilles in the preseason last year for the Ravens, which caused him to miss the entire 2016-17 season.

It's good to have @BenjaminSWatson back in uniform. Today was his first practice since tearing his Achilles last preseason. pic.twitter.com/EAP1advdnr

Watson is only two seasons removed from a big-time year with the New Orleans Saints, where he reeled in 75 receptions from Drew Brees. The Ravens were hoping to get the same kind of production from Watson in 2016, but his season-ending injury derailed those plans.

Watson, at 36-years-old, is on the back nine of his NFL career, but with the kind of situation the Ravens have at TE heading into the 2017 season, it wouldn’t be shocking to see Watson play a big role on a pass-happy offense this fall if he can stay healthy.

Watson hasn’t played a regular season game since the 2015 season for the Saints.